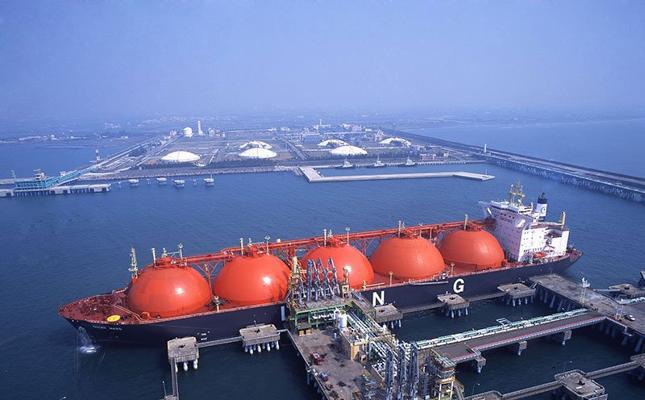 Golar LNG said on Monday it had started production at its floating LNG (FLNG) platform in Cameroon, the world’s second working example of the nascent technology and a milestone likely to boost its Fortuna project in Equatorial Guinea.

As the cost of land-based LNG plants more than tripled in the decade to 2013, Golar pioneered the conversion of aging LNG tankers into giant refrigerators capable of chilling gas into its liquid form at minus 162 Celsius.

Natural gas when liquefied can be shipped and sold around the world on tankers, like oil.

By starting up the pilot floating plant in Cameroon, Golar is removing uncertainty about the risks associated with squeezing equipment into a fraction of the space occupied by an LNG plant on land, shipping analysts and industry sources say.

Success in Cameroon could speed up Golar’s progress in Equatorial Guinea, where a final investment decision on Fortuna FLNG was delayed after three Chinese banks pulled out last year.

Other projects in Africa could also adopt the technology, such as BP’s plans in Senegal and Mauritania, analysts say.

All of the 1.2 million tonne annual output from the Cameroon project, the Hilli Episeyo, has been sold to Gazprom’s trading arm for eight years.

The trader was chartering a second vessel, the sources said.

Golar LNG gave no indication of when the Hilli would begin exports. It faces a penalty fee for every day delayed beyond late April. One analyst said the deadline was April 24.

First LNG deliveries were initially targeted for the second half of 2017.

Chinese banks’ appetite for financing floating LNG import terminal and FLNG investments has waned in response to recent poor returns and delays, according to one market source.

Ophir aims to take its financial investment decision on Fortuna FLNG in the first half of this year, with the help of financing from a new Asian bank.

The sources said the success of the Cameroon project was one of several factors that would determine whether the Asian bank supported the Equatorial Guinea project.