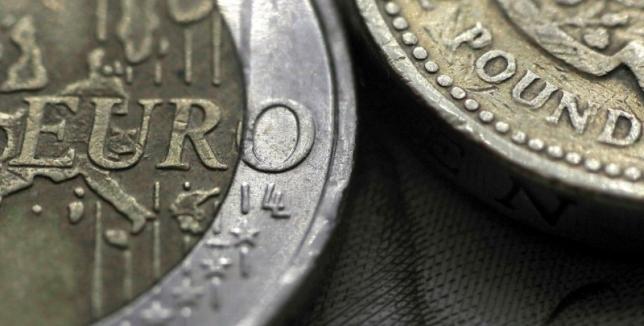 Sterling slipped to its lowest in almost four weeks against a broadly stronger euro on Tuesday, after lower-than-expected UK inflation data weakened the case for the Bank of England to raise interest rates again any time soon.

The numbers showed consumer price inflation held at an annual rate of 3.0 percent in October, below an average forecast among economists polled by Reuters for a 3.1 percent annual rise.

When the BoE raised rates for the first time in a decade in early November, it said it expected inflation would hit 3.2 percent in October before starting to fall back slowly towards its 2 percent target. The latest data raises fresh questions about how fast the BoE will follow up on this month’s rate hike.

Sterling fell as government bond prices rose, with the currency slipping to 89.74 pence per euro, its weakest since Oct. 20 and down 0.9 percent on the day.

But although the pound initially fell against the dollar, by 1630 GMT it had recovered to $1.3127, up 0.1 percent on the day, as the greenback weakened broadly.

“That means the sensitivity of sterling to data is likely to fall considerably, because we’re not in a situation where a few data points are going to adjust the path of Bank of England policy,” he said, adding that it would take a longer run of weak data to move rate hike expectations much further out.

The pound had already fallen against both the euro and the dollar on Monday on worries over Prime Minister Theresa May’s future, after a weekend newspaper report that as many as 40 of her lawmakers would support a no-confidence motion against her.

Analysts and traders said sterling would remain sensitive to developments around Brexit.

May has made little headway in Britain’s high-stakes divorce talks, and the resignation of two ministers this month has added to a sense of drift in London since her ruling Conservative Party lost its parliamentary majority in a June election.

“As Brexit woes continue to hinder a UK government that seems to be in self-combust mode of late, the weakening local currency has also started to reflect the lack of confidence in Theresa May’s government, which won’t help sterling rebound unless Brexit negotiations bear fruit,” said Anthony Kurukgy, senior sales trader at Foenix Partners in London.