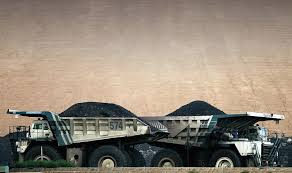 After a surge in coal prices in the second half of 2016 on the back of mining curbs imposed by China, both thermal and metallurgical coal have declined sharply this year.

But at above $80 and $150 a tonne respectively, the market is still trading well above recent multi-year lows which saw seaborne benchmark thermal coal trade dip below $50 and coking coal touch $75s.

A new report from BMI Research, a unit of Fitch, predicts thermal coal prices will drift lower but hold onto much of these gains on the back of strong demand from top consumer China which forges as much steel and burns as much coal as the rest of the world combined.

BMI upped its price expectations for this year and 2018 and now forecasts steam coal to hover between $70 to $90 over the next three to six months buoyed by Beijing’s continuing fiscal support to the heavy industries.

While the shortage of seaborne coking and thermal coal supply that had developed over H216 has eased, the market is still tight due to a 1.7% y-o-y drop in Chinese raw coal output in the first two months of 2017. Nevertheless, high-frequency indicators, including time-spreads on Newcastle coal futures, indicate that a loosening trend is underway in the global market.

For instance, the spread between first and six-month Newcastle coal contracts has narrowed to around $4.35/tonne in March 2017, compared to an October 2016 high of $7.65/tonne.

After missing out on the rally in seaborne coal last year thanks to a very small presence in export markets, prices achieved by US miners have been playing catch-up.

Hopes of a revival for the industry thanks to changes to the regulatory environment by the Trump administration have seen Central Appalachian coal (Nymex FOB) jump nearly 40% to $51.60 a short ton year from decade lows hit in October. Coal from the Powder River basin has also improved, jumping to $11.45, from the $8.25 low hit hit in September.