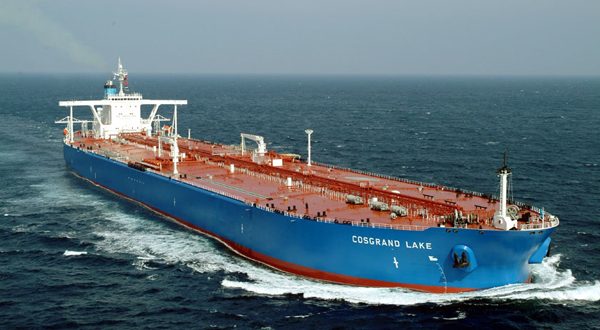 Shipping brokers around the world are being swamped with calls from oil traders looking for replacement ships after the U.S. blacklisted dozens of tankers operated by a major Chinese tanker operator.

The U.S. action over allegations that the vessels were tied to illicit shipments of Iranian crude hits about 50 tankers operated by a subsidiary of Cosco Shipping Energy Transportation, one of the world’s largest tanker owners that moves a big part of China’s oil needs.

Washington also warned ports and traders around the world to stop doing business with the Chinese ships.

A Singapore broker said the company’s phones haven’t stopped ringing since the announcement as traders look for alternatives. “We worked overnight,” the broker said. “The word was the same: ‘Get me anything but a Cosco ship and do it now.’ There is panic, and it’s snowballing.”

The movement to find new vessels has helped spur a new round of price increases for oil transport after this month’s attack on Saudi Arabian facilities raised concerns over crude supplies and sent shipping rates rising.

Recent data from Clarksons Platou Securities show daily very large crude carrier, or VLCC, rates fixed at $45,000 a day, up to 18% higher since the start of the week.

“The sanctions mean most Western charterers will probably avoid chartering Cosco vessels and as such mean an effective tightening of the vessel supply,” Clarksons said.

CSET, which runs a fleet of 120 tankers, including 44 very large crude carriers, halted trading of its shares in Hong Kong on Thursday. In a Friday filing, the company said it is “checking some major issues, and the shares will continue to be suspended.”

The parent company, state-owned Cosco Shipping Group, is the world’s biggest shipping operator in terms of fleet and capacity, operating more than 1,100 vessels of all types, including container ships, tankers and bulk carriers. The company is also a key part of Beijing’s multitrillion-dollar “Belt and Road” initiative that aims to establish infrastructure and distribution channels to help extend China’s influence around the world.

S&P Global Platts reported that at least four VLCCs were chartered as replacement ships by a Chinese oil firm that had earlier booked Cosco Dalian tankers.

“It’s very good for business with a big player virtually out when winter is coming and oil demand is up,” said a Greek owner that runs more than 20 tankers. “We’ve got urgent inquiries from some of the biggest oil companies’ cargoes, especially out of the U.S., and freight rates are steadily on the rise.”

China based Huatai Research says Cosco Dalian contributed 39% of CSET’s $66.11 million net profit in the first half. It said some 60% of Dalian’s vessels are subject to the American sanctions.

“Although the parent company itself is not on the sanctions list, we are concerned about the potential risks and consequences of being blocked from American banks,“ Huatai said. “They are at the heart of the global financial system, and blocked access to banking transactions or vessel insurance could significantly impact the overall company.”

A person with direct knowledge of the matter said Cosco is asking Beijing to make the blacklisting decision part of the U.S.-China trade talks when those negotiations resume in October. The person said senior Communist Party members consider sanctioning Cosco as a direct jab at the Beijing government itself.

“We are very surprised and plan to learn more about the situation,” Cosco said in its first response to the U.S. ban.