U.S. floats talks after China strikes back in trade fight 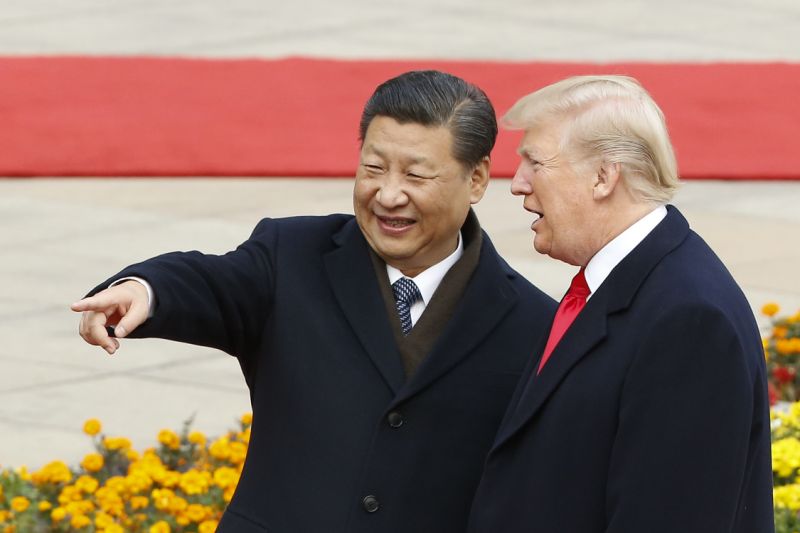 President Donald Trump’s administration signaled on Wednesday that proposed U.S. tariffs on $50 billion in Chinese goods may be a negotiating tactic in the escalating U.S.-China trade fight in which China retaliated by targeting key American imports with similar duties.

Asked whether the tariffs announced by the United States on Tuesday may never go into effect and may be a negotiating tactic, Trump’s top economic adviser, Larry Kudlow, told reporters, “Yes, it’s possible. It’s part of the process.”

When Kudlow was asked whether the United States could lose a trade war, he said, “No. I don’t see it that way. This is a negotiation, using all the tools.”

U.S. officials said United States may pursue negotiations with and China to resolve deepening differences over trade, but declined to say whether new high-level meetings were planned. Kudlow said backchannel talks were already going on.

A U.S. trade official, speaking on condition of anonymity, said Beijing’s action on Wednesday was an attempt to “intimidate” the United States to “back down” from its trade demands.

Global stock markets, fearful of a trade war between the world’s two economic superpowers, were shaken by the trade salvos but later rebounded. China’s action rattled U.S. farmers, while shares in U.S. exporters of everything from planes to tractors were volatile.

Trump, who contends his predecessors served the United States badly in trade matters, wrote on Twitter, “We are not in a trade war with China that war was lost many years ago by the foolish, or incompetent, people who represented the U.S.”

The trade actions will not be carried out immediately, so there may be room for maneuver. Publication of Washington’s list on Tuesday started a period of public comment and consultation expected to last around two months. The effective date of China’s moves depends on when the U.S. action takes effect.

While Washington targeted products that benefit from Chinese industrial policy – including its “Made in China 2025” initiative to replace advanced technology imports with domestic products in strategic industries such as advanced IT and robotics – Beijing appeared to offer a response intended to inflict political damage.

Washington’s list was filled with many obscure industrial items, but China’s struck at signature U.S. exports, including soybeans, frozen beef, cotton and other agricultural commodities produced in states from Iowa to Texas that voted for Trump in the 2016 presidential election.

The list extends to tobacco and whiskey, both produced in states including Kentucky, home of U.S. Senate Majority Leader Mitch McConnell, like Trump a Republican.

U.S. Commerce Secretary Wilbur Ross told CNBC, “It wouldn’t be surprising at all if the net outcome of all this is some sort of a negotiation.”

“What you’ve got is the early stages of a process which will include tariffs, comments on the tariffs, then ultimate decisions and negotiations. There’s already back-channel talks going on,” Kudlow separately told Fox Business Network.

Kudlow described the announcements by the two countries as “just the first proposals,” adding, “I doubt if there will be any concrete action for several months.”

If the two countries are unable to come up with a way to settle the dispute, a full-scale trade war could destabilize U.S.-Chinese commercial ties, an important component of the global economy.

A White House official said the Trump administration does not currently have another new, big trade initiative planned against China.

China’s quick and muscular response to the U.S. tariffs initially spurred a U.S. stock market selloff with the Dow Jones Industrial Average falling 2 percent at the open, but the indicator was up 1.1 percent in afternoon trading.

Shares of aerospace giant Boeing Co, the single largest U.S. exporter to China, were 1.1 percent lower, while those of agricultural machinery maker Deere & Co were down 2.7 percent.

One of the first opportunities for the United States and China to discuss the dispute is during an April 20-22 meeting of the International Monetary Fund and World Bank in Washington, where finance officials traditionally meet on the sidelines to discuss bilateral issues.

A U.S. official said no talks had been scheduled yet between U.S. Treasury Secretary Steve Mnuchin and his Chinese counterpart during the IMF gathering.

The possibility of an escalating U.S.-China trade war will result in “a bumpy ride” for the U.S. economy, said James Bullard, president of the Federal Reserve Bank of St. Louis.

Information technology products, from cellphones to personal computers, largely escaped the latest salvo of U.S.-China trade measures despite accounting for a significant portion of bilateral trade.

China ran a $375 billion goods trade surplus with the United States in 2017. Trump has demanded that the China cut the trade gap by $100 billion.

Trump last month said that “trade wars are good, and easy to win,” but key fellow Republicans expressed unease over the latest developments. McConnell said he was nervous about the “growing trend in the administration to levy tariffs” that could become a “slippery slope,” while Senator Chuck Grassley, whose home state of Iowa is a major agricultural producer, said “farmers and ranchers shouldn’t be expected to bear the brunt of retaliation for the entire country.”

Chinese Foreign ministry spokesman Geng Shuang said China had shown sincerity in wanting to resolve the dispute through negotiations. “But the best opportunities for resolving the issues through dialog and negotiations have been repeatedly missed by the U.S. side,” he told a briefing on Wednesday.