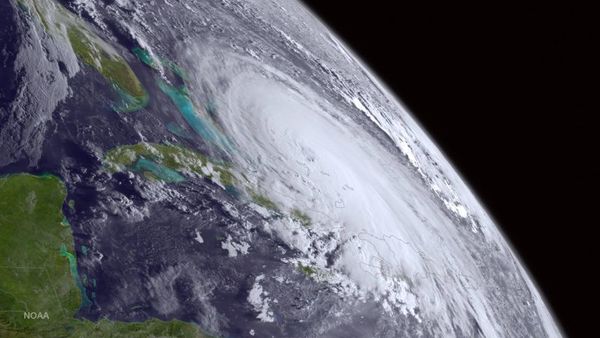 Colorado State University edged up its seasonal Atlantic hurricane forecast to 15, three more than in an average year.

The new prediction is that six of those storms will become hurricanes and two will grow into major systems with winds of 111 miles (179 kilometers) per hour or more before the season ends Nov. 30. The total includes the four storms that have developed already this year.

“I still think we are looking at a near-average season,” Phil Klotzbach, the forecast’s lead author, said in a telephone interview.

Atlantic storms, among the most powerful on Earth, can exact a high toll in human life, cause billions of dollars in property damage and roil energy and agriculture markets. About 5 percent of U.S. marketed natural gas production comes from the Gulf of Mexico, along with 17 percent of crude oil, Energy Information Administration data show.

The Gulf region also is home to more than 45 percent of petroleum-refining capacity and 51 percent of gas processing.

Florida, a frequent target of storms, is the world’s second-largest orange-juice producer, behind Brazil. More than 6.6 million homes with an estimated reconstruction cost of $1.5 trillion lie in vulnerable areas along the Atlantic and Gulf coasts, according to the Insurance Information Institute in New York.

Klotzbach said the influences contributing to storm development are “a pretty mixed bag.”

Odds are rising that a La Nina, a cooling of the equatorial Pacific, will develop later this year. That can influence weather patterns across the world and make it easier for storms to form in the Atlantic by cutting down on wind shear that can rip storms apart.

To offset La Nina’s influence, air pressure across the basin has been higher than normal through June and at least one model shows those conditions could persist through a large part of the season.

Higher pressures are conducive to storm development, he said. There also are pools of cool water in the northern Atlantic and along the coast of Africa that could retard storm growth.

In May, the National Oceanic and Atmospheric Administration called for 10 to 16 storms across the Atlantic, with four to eight becoming hurricanes. The total fell within the near-normal range, according to Kathryn Sullivan, NOAA administrator.