US: Oil Drilling Off East Coast Under Attack From Environmentalists 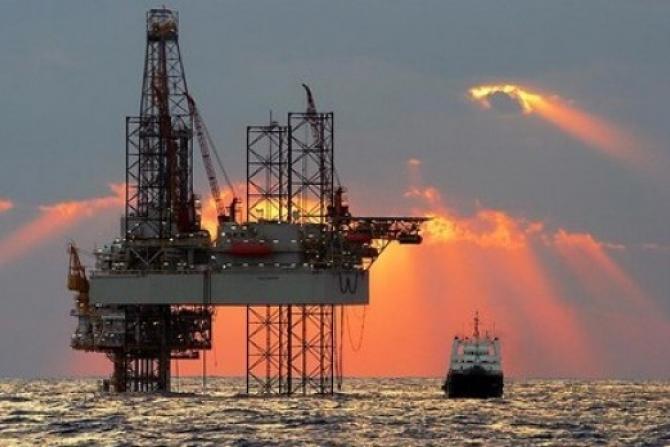 Environmentalists emboldened by President Barack Obama’s rejection of the Keystone XL pipeline are now trying to convince the administration to close a door it opened last year to allow oil drilling off the Atlantic coast.

Activists on Wednesday delivered 2 million petitions to the White House opposing the proposed sale of drilling rights from Virginia to South Carolina. More than 100 cities and counties across the East Coast have passed resolutions opposing oil exploration and related activities off their coasts and environmentalists have enlisted at least 100 members of Congress.

The action comes as the Interior Department works on a plan to govern offshore oil lease sales from mid-2017 to mid-2022. An initial draft, published last January, penciled in one sale of south Atlantic acreage, along with three auctions of oil leases near Alaska and 10 in the Gulf of Mexico. That draft foreclosed auctions of territory along the West Coast and in the north and mid-Atlantic, from Maryland to Maine.

“We are at a critical moment for the future of our coastal states,” Senator Ed Markey, a Democrat from Massachusetts, said in an e-mailed statement. “Right now, the Department of Interior is considering an offshore drilling plan that will put our beaches, our fishermen and our environment on the East Coast in the crosshairs for an oil spill that could devastate our shores and our economies.”

When the Interior Department releases its proposal — the penultimate step before finalizing it later this year — conservationists and industry leaders expect the administration to further whittle down some of the Atlantic acreage that is up for grabs, likely shedding options in the south near the Carolinas, while leaving possible Arctic auctions on the table for now.

“We want the certainty of having all those areas removed. We don’t want to leave it to the whims of the oil industry and what happens on the world market,” Manuel said. “These areas are special to us and should never have been put on the table in the first place.”

It is not clear just how much oil and gas could be lurking off the U.S. East Coast, because existing data dates to the 1970s and 1980s, when energy companies drilled 51 wells in the region. The Interior Department has estimated 3.3 billion barrels of oil and 31.3 trillion cubic feet of natural gas could be recovered from the Atlantic outer continental shelf. Oil companies view the area as a new offshore opportunity that would buttress long-running crude production in the Gulf of Mexico and replace eventual declines in what they are pumping out of onshore fields today.

“All areas for potential oil and gas development are critical for our energy security; we should be moving forward with a policy that ensures we have reliable supplies of oil and gas for decades to come,” Erik Milito, a director with the American Petroleum Institute, said in a phone interview. The Atlantic “is important because this is all the administration has really left on the table for potential exploration in new areas.”

As proposed, that Atlantic auction would happen no sooner than 2021, with a 50-mile buffer zone separating the available acreage from the coast. But there are many steps to scheduling a sale — and including it in a five-year leasing plan only preserves it as an option, without guaranteeing the auction ever takes place.

While most U.S. waters are technically open for oil and gas development, the activity can only take place on leases sold under the government’s five-year plan. The legal process for assembling that drilling blueprint over two to three years is designed to start broad, with the number of potential sales and the available territory often scaled back as regulators move from an initial draft to a proposal and ultimately, the final program.

Interior Department officials are on track to finalize the 2017-2022 plan by the end of the year, putting the Obama administration’s framework in place as a new president moves into the White House.

The Bureau of Ocean Energy Management has been reviewing nearly 1 million public comments as it hones the plan, Interior Department spokesman Blake Androff said by e-mail. “Public input is a critical component of the process,” he said, noting the agency also held 23 public meetings and met with stakeholders across the country.

Environmentalists want the administration to heed the concerns of local, coastal residents who have banded together in opposition — even when it conflicts with drilling-minded officials in southeastern statehouses. The governors of all four directly affected East Coast states — Virginia, North Carolina, South Carolina and Georgia — support offshore drilling near their shores.

The clash is especially stark in the political battleground of Virginia, where Democratic Governor Terry McAuliffe and Democratic Senators Mark Warner and Tim Kaine — all potential running mates for Hillary Clinton — have united to back oil lease sales.

“The coastal communities are in lockstep together on this; even those outside the planning area in New Jersey in Florida are uniformly saying no — no drilling, no seismic, no anything,” Claire Douglass, a campaign director at the conservation group Oceana, said by phone.

Environmentalists say an oil spill in U.S. Atlantic waters would devastate the coastal economy, including tourism, fishing and recreational activities. But the oil industry highlights the potential dividends — as much as $60 billion in added economic value for states from Delaware to Georgia, according to a 2014 report commissioned by the Interstate Policy Alliance and South Carolina’s Palmetto Policy Forum.

Conservationists also view the dispute over Atlantic drilling as the major front in their fight against fossil fuels, which has seen victories in the past year, as world leaders agreed to a climate pact in Paris, the Environmental Protection Agency imposed its Clean Power Plan cutting greenhouse gas emissions from the power sector and the Obama administration halted new coal leasing on public land.

“Over the past six months, we’ve made more progress on this issue than we’ve ever seen in our history,” League of Conservation Voters President Gene Karpinski said in a conference call. Obama has made “amazing” strides, Karpinski said, and “now he has an opportunity to build on that legacy.”

Oil companies such as BP Plc, ConocoPhillips and Exxon Mobil Corp. have pared their capital spending amid low crude and gas prices, raising the question of how much they could devote to snapping up new Atlantic leases even if an auction were held in 2021. But industry officials stress that when oil companies add to offshore portfolios, they are eyeing potential production and returns at least a decade in the future, only after initial exploratory drilling that yields discoveries, decisions to further invest and the construction of infrastructure to support the work.

“Politics end up playing too much of a role in energy policy decisions,” API’s Milito said. “You have to get away from politics. This decision is actually not to have a lease sale in 2021, just include it in a plan as an option. It leaves open that opportunity when that time comes, to do further analysis and see if there’s interest there and move forward.”