US watches Iranian fuel cargoes to Venezuela, keeps up pressure on other shippers 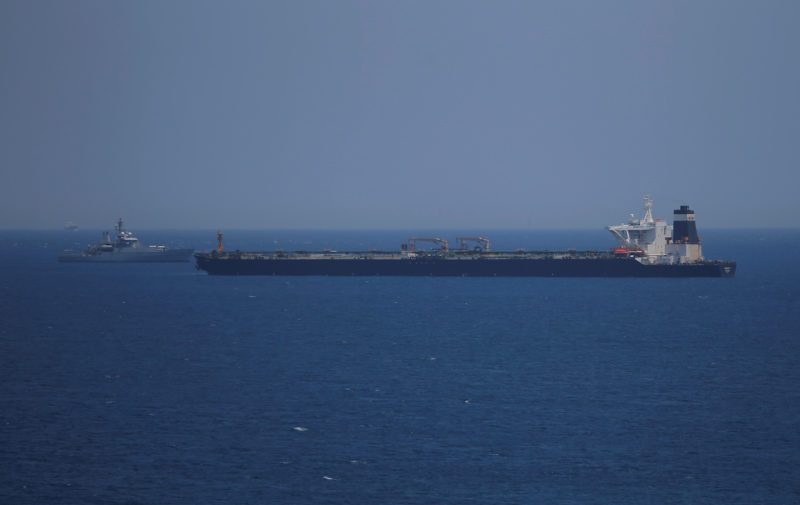 US sanctions have deterred all but Iranian tankers from delivering gasoline to fuel-starved Venezuela, and the Trump administration will keep up pressure on the global shipping industry to avoid the trade, a top State Department official said Sept. 16.

Elliott Abrams, special representative for Iran and Venezuela, told reporters during a briefing that the Trump administration has successfully pushed out all shipping market participants except Iran from making fuel deals with Venezuela.

Venezuela imported nearly 2 million barrels of Iranian condensate this week, the country’s first import of crude or condensate since April 2019. It was delivered by the VLCC Honey, which is operated by state-owned National Iranian Tanker Co.

Three additional Iranian tankers carrying nearly 1 million barrels of gasoline or gasoline blending components are set to arrive in Venezuela in late September, according to shipping and trading sources.

The three NITC tankers — Faxon, Forest and Fortune — were seen off the coast of southern Africa on Sept. 16, according to data from Platts cFlow, trade flow software.

The latest Iranian shipments come after the US Department of Justice seized four Iranian cargoes bound for Venezuela in August. DOJ executed a US district judge’s seizure order to confiscate the cargoes totaling 1.12 million barrels, which are now set to be auctioned by the US Marshals Service.

Use of civil forfeiture was seen as an escalation by the Trump administration to increase pressure on national security targets and crimp any source of oil revenue.

Abrams said the latest Iranian cargoes would provide just a few weeks of gasoline demand to Venezuela, where he estimated the country’s gasoline production has shrunk to less than 5% of its 1.3 million b/d refining capacity.

“If you wanted to prevent the return of the kind of shortages that are now so common in Venezuela, you would have to leave Iran yesterday with another three tankers,” he said. “You would need a shuttle service, which we have not seen.

“So we’re watching what Iran is doing and making sure in the first instance that other shippers — insurers, ship owners, ship captains — realize they need to stay away from that trade.”

Abrams said the Trump administration is also “looking very closely” at Venezuela’s diesel imports in exchange for crude, a practice that has been allowed to continue despite US sanctions.

Suppliers of the diesel have urged the Trump administration to continue allowing the swaps, arguing they are crucial for humanitarian purposes like power generation and agriculture.

Since January, Venezuela’s state-owned PDVSA has received 1.6 million barrels of diesel imported in 11 shipments, including four from Italy’s Eni, five from Spain’s Repsol and two from India’s Reliance, according to a PDVSA tank movement report.

Between Aug. 25 and Sep. 15, PDVSA expects a new shipment of 260,000 barrels of ULSD from Reliance, according to reports.

The Trump administration has continued to tighten enforcement of US sanctions first leveled against Venezuela in January 2019. Recent measures have targeted gasoline shipments to the country from Iran, a Mexico City-based network facilitating Venezuela’s crude exports, and shippers carrying those cargoes.

Diesel makes up about 20% of Venezuelan refiners’ output, but the sector is reeling from operational issues and shutdowns.

Industry sources familiar with the diesel-for-crude swaps argue that they should be allowed to continue because, unlike gasoline, diesel is distributed free of charge, no money goes to the Maduro regime, and military vehicles cannot run on it.

The country has seen waves of widespread electricity blackouts and localized power outages since March 2019, when hospitals and other critical facilities depend on back-up diesel power.

Venezuela’s National Electric Cooperation started power rationing in Caracas in May, which has left millions without power at times.