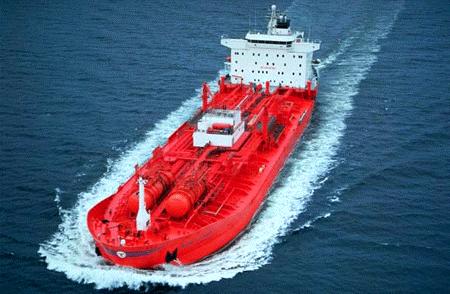 Softening seaborne trade and rising fleet growth are expected to depress chemical shipping freight rates over the next few years, according to the latest edition of the Chemical Forecaster, published by Drewry.

Spot rates collapsed in the third quarter as some charterers who usually fix their cargoes on contract took advantage of low spot rates. This situation also weighed on time charter rates and asset values, especially for the larger chemical tankers.

China’s imports of certain products have reduced this year, not only because of the fall in downstream demand but also due to the surge in domestic production. With new projects due to start operating in the next two to four years, demand for imports of some chemical products will decline further. In the long term, this will put downward pressure on freight rates to the Far East. But it is good news for China’s domestic chemical tanker market as it will increase demand for domestic shipping.

The sharp decline in spot rates and bunker prices this year has affected contractual shipping movements and resulted in early contract of affreightment (COA) renewals. However, renewal rates vary.

“While freight rates on some routes are forecast to reduce substantially, other routes may see roll-overs or minor increases. Shipowners’ earnings will remain depressed for the next two years, especially those covered mainly by COAs,” commented Hu Qing, Drewry’s lead analyst for chemical shipping.

“We expect time charter rates in the smaller size categories to remain stable in the next two years, but rates for the larger sizes, especially MRs, are expected to decline steeply because of surplus supply and intense competition,” added Qing.