The world’s largest independent oil trader said it’s “business as normal” with Iran as Vitol Group BV confirmed it has already bought cargoes from the country after the end of economic sanctions.

“We’ve bought some, yes we have,” Vitol Chief Executive Officer Ian Taylor told Bloomberg in a television interview. “We’ve bought a bit of everything really. Bit of products, bit of condensate. It’s very much business as normal.”

The comments ahead of the annual IP Week oil-industry gathering in London are the first confirmation by a trading company that it has resumed buying from Iran. Several European oil companies have chartered tankers this month to load Iranian crude, but none has yet acknowledged it’s buying.

Vitol expects that Iran will produce up to 500,000 barrels a day in additional oil by the middle of the year and another 200,000 barrels a day by year-end. The Persian Gulf state, unencumbered since last month by sanctions on its crude exports, is adding to the “supply weight” in world markets, Taylor said. 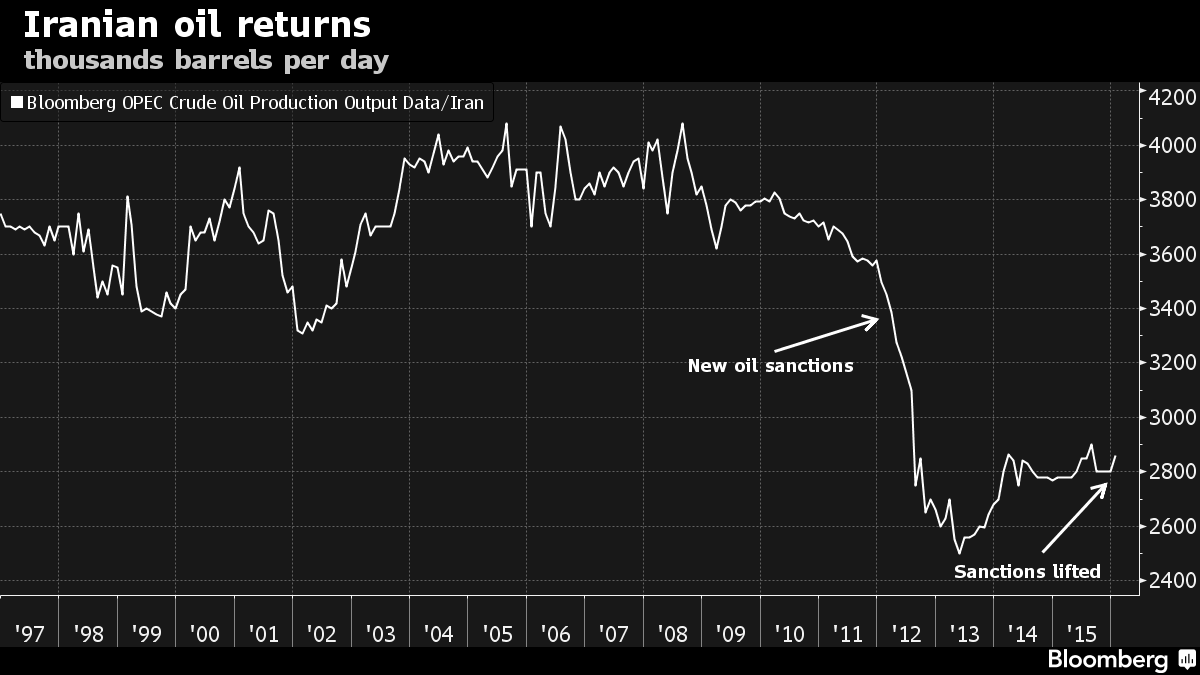 Taylor said the nation’s return to international markets hasn’t been particularly complicated, though he acknowledged “some inevitable teething problems as we get Iran back going again with things like banks and insurance” for the tankers.

“We, like everybody else, did some preparatory work,” he said. “It was clear that it was coming. We obviously talked to them about what would happen once it did come. So people were relatively ready.”

Aside from Vitol, several European refiners have chartered tankers this month that will deliver about 136,000 barrels a day of Iranian crude to the region, equivalent to almost a quarter of the Middle Eastern nation’s shipments to the region before sanctions were imposed.

Spanish refiner Cia. Espanola de Petroleos, France’s Total SA and Lukoil PJSC of Russia have provisionally booked cargoes to sail from Iran’s Kharg Island to European ports in the next two weeks, according to shipping reports compiled by Bloomberg. Glencore Plc, the world’s largest commodities-trading house, earlier this month bought a cargo of Iranian fuel oil, the first since the imposition of sanctions in 2012, according to two people familiar with the trade who asked not to be identified because the deal is private.

The arrangement shows Iran’s determination to fulfill promises to re-establish its relationship with European clients who halted purchases in 2012 after the European Union and the U.S. imposed a fresh round of sanctions. The sanctions ended in January when Iran met the conditions of a nuclear deal with world powers.

Iran hasn’t signed a deal yet with Italian oil company Eni SpA, Zanganeh said. Italian officials are expected in Tehran soon to complete an oil purchase agreement for about 100,000 barrels a day, he said. Italy’s Saras SpA refinery is also interested in buying 60,000 to 70,000 barrels a day.

“They’re very sharp, very good. They haven’t changed a lot,” he said. “So we’ll carry on the discussions that we dropped off a few years ago.”