VLCC Rates Could Edge Up on Floating Storage, August Charters 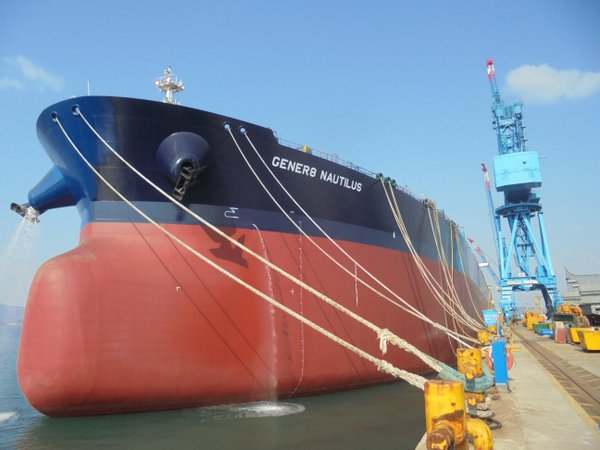 “There might be a slow creep up towards 60 (on the Worldscale measure),” said Ashok Sharma, managing director of ship broker BRS Baxi in Singapore on Friday.

“W60 is at least on the horizon. Rates from West Africa to China are already at W56,” he added.

That came as VLCC rates from the Middle East to Asia gained around 3 Worldscale points since last Thursday, buoyed by growing interest from traders seeking to charter vessels to store oil for one to three months.

“If prices go to $20 a barrel it will be great for shipping – good for oil tankers,” Sharma added.

The price of Brent oil has fallen around 20 percent, or $45 a barrel, on the back of plentiful supplies and stuttering demand in Asia. That is the biggest slump in a first half of a year since 1997.

Trafigura has chartered at least five VLCCs, which can each hold around 2 million barrels, for floating storage at hire rates of around $17,000-$17,500 per day, ship brokers said.

They include the 301,438 deadweight tonne (DWT) Ashna, which was chartered by Trafigura on Wednesday for between 30-90 days from around July 3 at a daily hire rate of $17,300, Singapore shipbrokers said.

ST Shipping, the trading arm of Glencore, had earlier been linked to chartering the ship.

“Applying a discount of $2 per barrel to the spot Brent price yields a potential profit of $3.15/bbl for one month; though the contango structure against escalating storage costs erode profits progressively for longer periods,” the Weber report said.

Around 40 VLCC charters have been fixed to load in the Middle East in July, brokers said.

A further 80-85 cargoes could be fixed to complete the July loading programme.

August could see a pick-up in loading from the Middle East and West Africa after China last week issued a second batch of crude oil import quotas and refineries increase crude shipments ahead of the northern winter, brokers said.

VLCC rates on the Middle East-to-Japan route rose to W52.50 on Thursday up from W49.50 a week earlier.

Rates on the West Africa-to-China route to about W56.25 on Thursday against W55.25 a week earlier.

“Rates are going sideways,” a European shipbroker said on Friday.

Charter rates for an 80,000-dwt Aframax tanker from Southeast Asia to East Coast Australia were around W101.50 on Thursday compared with around W102 last week.