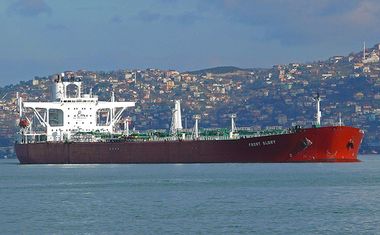 The cost of sending crude oil from West Africa to UK-Continent on Suezmaxes has dropped to a 10-month low due to weak demand, as well as the growing Suezmax fleet, according to market sources this week.

Prices are typically weaker at this time of year as demand does drop off in the summer months, sources said. However, the Suezmax fleet is growing quickly at a time when OPEC cuts are restricting supply. According to Affinity Tankers data, there will be 40 Suezmaxes delivered this year, with the order book out to 2019 representing 14% growth of the current fleet.

The Forcados crude grade in Nigeria has now come out of force majeure as well this month after nearly a year and has put out a provisional loading program for June and July, but rates have still struggled, sources said.

According to one broker’s position list there were 10 ships available prior to the current fixing window, versus a three-month average of 18 ships so the position list is tighter than it has been and rates may have bottomed out, shipbroking sources said.

Another factor behind the low freight is that the Worldscale Association flat rates are significantly lower than last year, up to 20% lower in some instances. The Worldscale mulitplier is used to compensate owners for the lower flat rates, but in a weak market shipowners are not able to resist price drops, sources said.
Source: Platts