25 May 2016
by ShippingHerald Headlines, Oil, The Wire, Top Stories 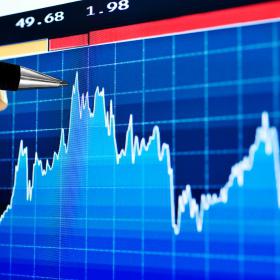 The oil market is rebalancing, but don’t count on ever seeing prices at $100 a barrel again: that’s the clear message from Norway’s petroleum and energy minister.

Brent crude has surged more than 70 percent from a 12-year low earlier this year as a global glut shows signs of easing, bringing relief to oil companies and producing countries like Norway, which have been pummeled by the worst market downturn in a generation. While it’s “quite obvious” that the oil market will rebalance, it doesn’t mean Norway is planning — or even hoping — for prices to go back to what they were, Tord Lien said in a Bloomberg TV interview at the ministry’s offices in Oslo.

The collapse in crude prices has put Norway, western Europe’s biggest oil and gas producer, at a crossroads, with investments in its offshore industry falling the most since 2000 and the government for the first time dipping into its $850 billion sovereign wealth fund to plug budget holes.

Even as 40,000 jobs disappeared in two years, the Nordic country resisted deploying drastic measures, like tax breaks for the oil industry introduced in the U.K. The Norwegian petroleum-tax system, which includes a top tax of 78 percent but offers generous deductions for exploration and development spending, is “the best” there is and remains attractive because of its very stability, Lien said.

Norway has instead kept offering new acreage to explorers, such as new licenses in a virgin area of the Arctic Barents Sea along the maritime border with Russia as recently as last week. It was the first time Norway opened entirely new blocks to the industry in more than 20 years. After crude production has dropped by half since a 2000 peak and as exploration results hit an almost 10-year low last year, the Nordic country is betting on the Barents Sea to help it maintain output in the coming decades.

Both Norwegian authorities and the companies involved “have a strong belief in the possibility of finding significant resources in the Barents Sea,” Lien said Tuesday.

Norway’s petroleum minister, himself a native of the country’s high north, hit back at environmental organizations’ criticism that it was unwise to open new swaths of the Arctic to exploration because offshore oil and gas in this region, usually more expensive to extract than in other areas, will have to remain in the ground if the world is to succeed in limiting global warming to less than 2 degrees Celsius.

“To state that all the oil and gas resources in the Barents Sea aren’t profitable does not have any scientific backing,” Lien said. “A huge part of the supply today comes out of offshore resources and huge fields that are in decline already.” Just to maintain production at today’s level 10 to 15 years from now “demands huge investments in oil and gas production.”

While the government has been willing to accept the postponement of new projects off Norway during the current downturn, such as the Johan Castberg oil field in the Barents Sea, it will continue to demand that oil companies maintain investments designed to maximize production from existing deposits and where decisions are time-sensitive because of existing infrastructure, Lien said. One example is Statoil ASA’s Snorre 2040 project, designed to extract an additional 200 million barrels of oil from the Snorre field in the North Sea.

Producers in Norway must “make sure that no resources in place on the Norwegian continental shelf are wasted due to short-term decisions,” he said. “The companies involved in Snorre 2040 know quite well what we expect them to do. As always, I do expect the companies to follow up on the clear messages that we have given to them.”