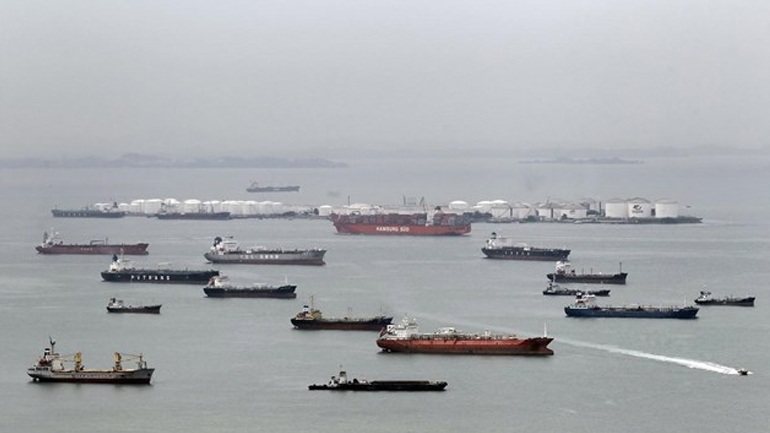 There has been a rapid expansion in the world fleet over the last decade. However, the pace of growth has slowed dramatically in recent years. Generally more limited contracting and subsequently significantly lower delivery volumes combined with firm levels of demolition and non-delivery have limited fleet expansion which now appears to be returning to its ‘pre-boom’ levels.

Over the last two decades, the merchant fleet has grown by 160% in gross tonnage (GT) terms with around 755m GT added to the global fleet. However, the pace of annual fleet growth recorded each month has varied greatly across this period, as shown by the graph. At the start of 1996 the world fleet numbered 58,697 ships of a combined 481m GT. A relatively moderate average annual growth rate of 2.9% was registered up to the end of 2004 when the fleet reached 631m GT. Newbuild ordering was modest, averaging 34m GT pa between 1997 and 2002, while demolition volumes averaged 15m GT pa over the same period.

The pace of annual fleet growth accelerated in the following years, averaging 7.2% between the start of 2005 and the end of 2012. During the global fleet’s surge, vessel earnings had reached record levels and the availability of credit had spurred contracting activity, with 484m GT of tonnage ordered in just four years (2005-08), 100m GT more than was ordered over the preceding nine years (1996-2004). Despite an increase in shipyard ‘non-delivery’ rates, climbing to a high of 34% in 2010, global delivery volumes rose rapidly and peaked at a record 104m GT in 2011. Demolition was very limited over this period with just 23m GT reported sold for scrap between 2005 and 2008, less than has been reported demolished in 2016 alone so far. Overall, the world fleet increased by 463m GT between the start of 2005 and the end of 2012, compared to a 150m GT expansion between 1996 and the end of 2004.

Got To Keep Control

At the start of October 2016 the global merchant fleet totalled 92,413 ships of a combined 1.2bn GT. While annual fleet growth has averaged 3.8% since the start of 2013, it has slowed dramatically and the fleet has expanded by 3.1% over the last 12 months, the lowest level of monthly year-on-year growth reported since the early 2000s. Extremely challenging market conditions have started to restrict the supply of new ships. Although firm delivery levels have meant that the volume of tonnage added to the fleet remains significant and the fleet is now 156m GT larger than at the start of 2013, demolition has also been strong with 23m GT reported sold for recycling in 2016 so far compared to 23m GT in full year 2015. Moreover, newbuild contracting volumes have now fallen to levels not seen since the 1980s with just 16m GT contracted in the year to date.

So, there has been a notable slowdown in the pace of growth since the end of the fleet’s big surge. Today, recycling activity is strong, deliveries look set to slow and contracting levels are at their lowest in over 30 years. With difficult market conditions likely to continue to disincentivize expansion, world fleet growth just might be in a time warp back to the 1990s.