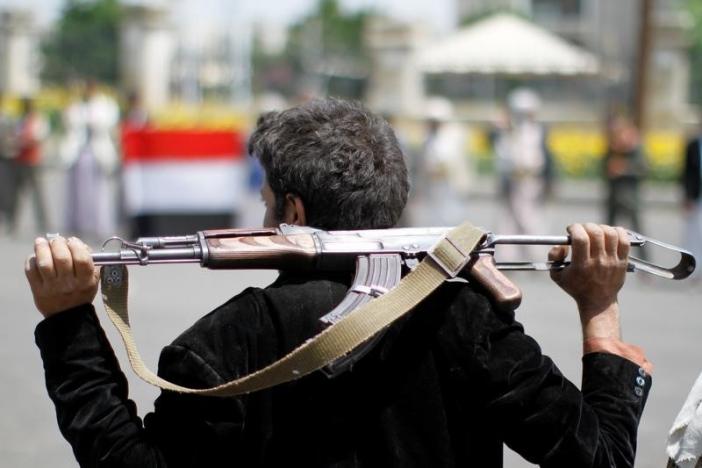 Yemen’s dominant Houthi group denied any role in missile strikes on U.S. warships in the Bab al-Mandab Strait, and offered to help investigate attacks on international shipping in the area, the news agency controlled by the group reported on Thursday.

U.S. officials have told Reuters there were growing indications that Houthi fighters, or forces aligned with them, were responsible for Sunday’s attempted strikes, in which two coastal cruise missiles designed to target ships failed to reach the destroyer.

The Houthi group, however, said the attacks on the destroyer Mason did not come from areas under its control, and said it was concerned to protect international shipping in the area, according to Saba news agency, citing what it called a military source.

“These allegations are unfounded and the people’s committees have nothing to do with this action,” the agency, referring to the Houthi administration, reported the source as saying.

“The spokesman expressed readiness to work with any United Nations or international (body) to investigate these allegations and to punish those behind this, regardless who they may be.”

The head of the Houthi group, Abdel-Malek al-Houthi, in a speech broadcast by local media, condemned the missile strikes, saying the United States was “preparing for an aggression against (the country’s main port city of) Hodeidah.”

The party of former Yemeni President Ali Abdullah Saleh, an ally of the Houthi group, said in a statement that al Qaeda was behind the attacks on U.S. war ships, accusing a Saudi-led Arab alliance of using the militants to try to obstruct international navigation and draw the United States into the conflict.

Saudi Arabia says it is the target of Islamist militants, and accuses the former Yemeni president of using militants in his campaign against the internationally-recognised President Abd-Rabbu Mansour Hadi.