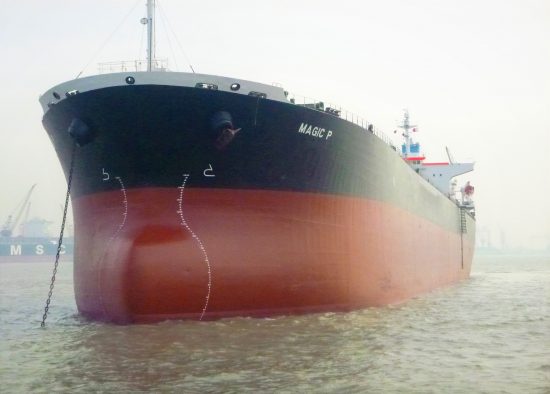 Castor Maritime Inc., a global shipping company specializing in the ownership of dry-bulk vessels, announced, pursuant to a memorandum of agreement dated July 25, 2019, it completed, through one of its wholly-owned subsidiaries, the acquisition of its second vessel, namely the Magic Sun, a 2001 Korean built Panamax dry bulk carrier, from an unaffiliated seller, for a purchase price of $6.7 million (the “Magic Sun Acquisition”).

The Magic Sun Acquisition was financed with i) cash on hand and ii) the proceeds from a $5.0 million unsecured term loan agreement entered into between the Company and an entity controlled by Petros Panagiotidis, Castor’s Chairman, Chief Executive Officer and Chief Financial Officer, which closed on August 30, 2019 (the “$5.0 Million Term Loan Facility”). The $5.0 Million Term Loan Facility bears an annual fixed interest rate of 6% and has a bullet repayment at maturity, which is eighteen (18) months following the drawdown date.

The Board of Directors of the Company (the “Board”) and the Special Committee consisting of disinterested and independent members of the Board have approved the $5.0 Million Term Loan Facility.

In connection with the Magic Sun Acquisition, on August 30, 2019, the Company, through one of its wholly-owned subsidiaries, entered into a new time charter agreement with Oldendorff Carriers GMBH & Co KG at a daily hire rate of $12,000. The charter agreement has an expected term of minimum eight (8) months up to maximum (12) months and is expected to commence on or around September 7, 2019. With this new employment, the Company’s gross revenue is expected to increase by $2.9 million for the minimum scheduled period of the time charter and could reach approximately $4.4 million should employment be extended to its maximum period.

“We are pleased to announce the delivery of our second vessel. Consistent with our growth-oriented strategy, in a short period of time, we have doubled the size of our fleet with the target of increasing annual cash flows and shareholder value.”