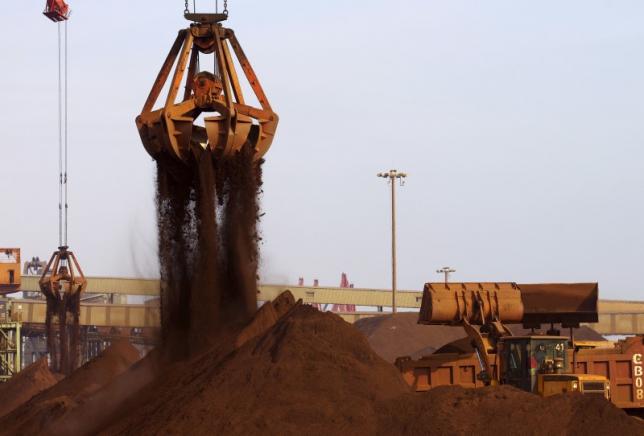 The resurgence in Chinese steel output may continue for at least another month given ongoing strength in iron ore imports, with vessel data suggesting April was at least as strong as the previous month.

A total of 83.19 million tonnes of the steel-making ingredient was discharged at Chinese ports during April, according to ship-tracking data compiled by Thomson Reuters Commodity Research and Forecasts.

This was up from the 81.76 million tonnes offloaded in March, suggesting that China’s iron ore import volumes will show an increase when preliminary customs data is released within the coming days.

The ship-tracking data doesn’t exactly align with customs data, usually coming in slightly below the official figures, but the margin of error over the first quarter of 2016 was about 2.7 percent.

If this pattern is repeated in April, it implies that official imports may be higher, or at least as strong as the 85.77 million tonnes reported by customs in March.

This would continue the trend of rising imports of the steel-making ingredient, which grew 6.5 percent to 241.6 million tonnes in the first quarter of this year compared to the same period in 2015.

The ship-tracking data showed that Australia once again snared the lion’s share of China’s imports, with 54.89 million tonnes being discharged in April.

Brazil was in second place with 15.88 million tonnes, and South Africa third with 2.67 million.

The Brazilian figures are likely to be higher than what the vessel data shows, given that it doesn’t include iron ore shipped through Vale’s facility in Malaysia.

Thomson Reuters Commodity Research and Forecasts data show 2.39 million tonnes of iron ore from Malaysia being discharged in China in April, all originating from Lumut port, where the Vale facility is located.

STEEL IMPROVING, BUT FOR HOW LONG?

If the April customs figures do confirm the rising trend for iron ore imports, it will help support the view that the outlook for the Chinese steel sector has been improving.

Chinese steel mills produced a record high 70.65 million tonnes in March, as they responded to sharply higher prices, which had been boosted by improving sentiment around the likelihood of higher steel demand as infrastructure spending is raised as part of Beijing’s efforts to stimulate the economy.

The main steel rebar contract on the Shanghai Futures Exchange surged 57 percent from the end of 2015 to its peak so far this year on April 21. It has since retreated 9.3 percent to trade around 2,456 yuan ($379) a tonne in early Asian trade on Tuesday.

Higher steel production has sucked in iron ore imports, partly to meet the increased demand but also to re-stock supply chains that had been run down as buyers held off while prices had been falling toward the end of last year.

One factor that may limit growth in iron ore imports in coming months is that inventories have also been rising, reaching 97.3 million tonnes in the week to April 22.

While this is slightly down from the 97.8 million tonnes reported on April 8, inventories have been on a steadily rising trend since Oct. 9 last year, when they stood at 80.5 million tonnes.

Another potentially limiting factor is the nature of the steel rally itself.

While there was undoubtedly speculative froth in the sharp rise in prices, there was some fundamental basis as well, given the expectation of rising demand from infrastructure and construction activity.

This expectation will have to translate to actual consumption in the coming months, otherwise both steel output and prices are likely to fade.

But for now, it appears that China is still keen to buy imported iron ore, with the ship-tracking data having already identified 48.89 million tonnes due to be discharged in May.

This figure will rise sharply as more vessels leave ports in Western Australia state, and any ship departing there by about the 14th is likely to discharge in China by the end of the month.