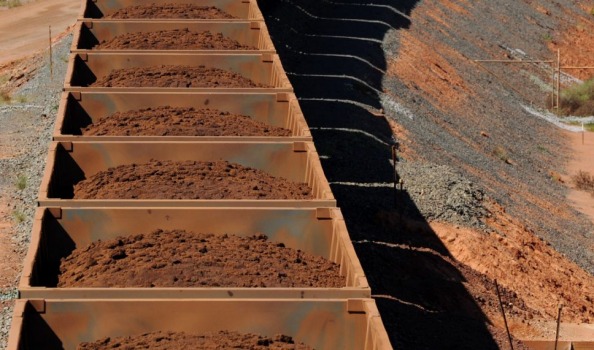 Imports of the key steelmaking ingredient were 85.91 million tonnes last month, according to the official data from the General Administration of Customs. That was down 0.6% from 86.42 million tonnes a year earlier, and compared with 176.8 million tonnes over the first two months of 2020.

For the first quarter this year, however, the world’s biggest steel producer brought in 262.7 million tonnes of iron ore, according to the official customs data, rising 1.3% from 259.3 million tonnes in the same period a year earlier.

Reuters reported a lower import number earlier for March based on quarterly figures released in a customs statement and data from previous months. In the official data set, customs gave a higher figure for the quarterly imports, and also appeared to revise the first-quarter figure for the of 2019.

China’s iron ore purchases declined as mills arranged maintenance or cut output because of the record-high inventories. Steel inventories held by traders across China as of March 12 were at a record 25.98 million tonnes, data compiled by Mysteel consultancy showed.

A drop in prices for steel scrap, a substitute raw material in steel production, also led to more demand for scrap compared with iron ore.

Steel scrap prices are about 15% lower than a year ago because scrap processing firms lowered their prices to maintain liquidity after the coronavirus disruptions.

But demand for iron ore should be resilient in the long run, said Zhuo Guiqiu, an analyst with Jinrui Futures.

“The selloff of steel scrap is only for short term,” Zhuo said before the data was released. “Iron ore demand lies in utilisation rates at blast furnaces and they are rising.”

Capacity utilisation rates at 247 mills tracked by Mysteel rose for a fourth consecutive week to 78.81% as of April 10.

“The resuming downstream sectors will further prop up iron ore demand,” Zhuo said on Tuesday after the data was released.

For the first three months of the year, China exported 14.3 million tonnes of steel products, down 16% from the same period a year earlier, hurt by sluggish demand abroad as the coronavirus pandemic spread.