A number of firms have already gone bust over the past year as the industry grapples with the worst downturn on record due to stalling demand for iron ore and coal from China and a global surplus of vessels. With benchmark freight rates now at an all-time low, finances will be further stretched for shippers.

According to the SISI, more than 60 percent of the dry-bulk shipping firms it surveyed were struggling with long-term losses, while about 40 percent faced liquidity problems. It said it had spoken to 50 of China’s largest dry bulk shipping lines.

“The market is extremely depressed and these conditions are likely to continue in 2016, exacerbating dry bulk firms’ losses, increasing costs and creating obstacles to obtaining financing. This will kick-start a wave of bankruptcies,” state-backed SISI said in a report published on Tuesday.

In a move to improve the competitiveness of its state-owned shipping giants, Beijing last month approved a merger between China Ocean Shipping (Group) Co and China Shipping Group that will see them shuffle assets between their listed units.

But the outlook for the sector looks gloomy with the Baltic Dry Index plumbing a record low of 468 points on Tuesday. The index has dropped around 80 percent from a high in 2014 and 96 percent from its 2008 peak.

The SISI said that more than 60 percent of the survey respondents did not expect the Baltic Dry Index to climb above 800 points. It was last at this level in October 2015.

The chance of a recovery in the index is slim as prices of the main products shippers carry remain near multi-year lows.

Prices for these commodities are not expected to rise anytime soon as China’s industrial rise and appetite for raw materials slows.

Reflecting the overall bearish sentiment, a global index measuring the confidence of logistic companies fell in December to its lowest level since March 2012. 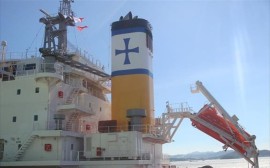 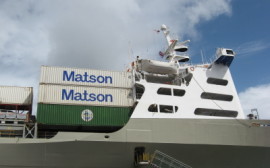 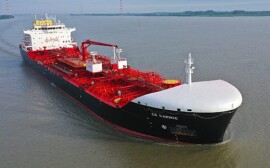 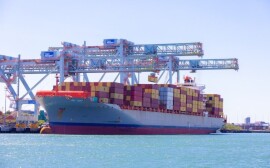