06 May 2016
by ShippingHerald Analysis, Containers, Headlines, The Wire, Top Stories For US shippers, port-to-port spot container freight rates this year have only moved one way and that way was down. To be precise, our Hong Kong-Los Angeles Index did nudge up once in week 14, but the overall picture is that of steep decline: it started the year at $1,418 per 40ft and last week sat as low as $718 per 40ft, meaning it lost $700 or 49% of its value over the first 15 weeks of the year. 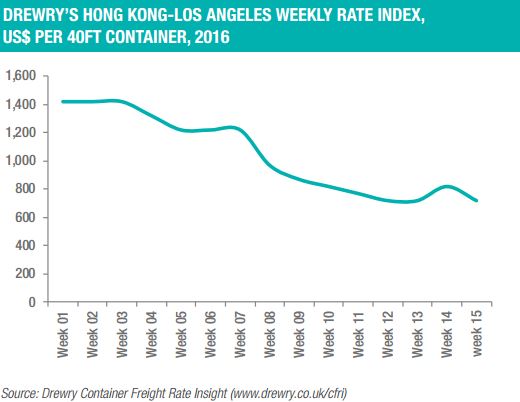 Clearly in these turbulent times, the shipping lines have ample incentives to sell these intermodal arrangements: they not only provide more stable revenue streams that add more contribution to cover overheads compared to port-to-port shipments, but they also enable them to better control the equipment flows and thereby balance equipment flows at optimal cost. 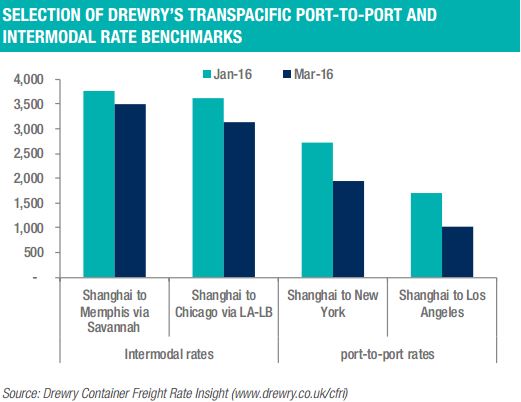 But, as a shipper, you should ask yourself: could you be better off breaking the connection between the ocean and inland transportation parts, to take full advantage of keen pricing on the ocean part of intermodal moves?