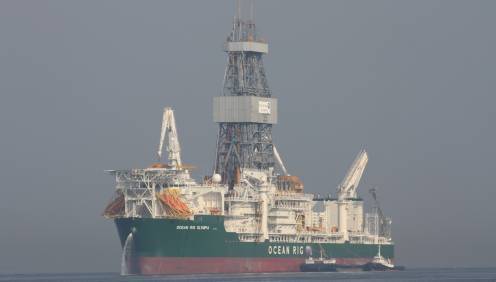 Eni has terminated its contract for the ultra deepwater drillship Ocean Rig Olympia due the oil price drop.

The early termination was announced Thursday by offshore drilling contractor and owner of the drillship, Ocean Rig.

Ocean Rig said that the decision was made “due to the dramatic fall of the crude oil price and the volatile market context”, causing Eni to reassess its drilling activities and exercise its right to terminate the contract early.