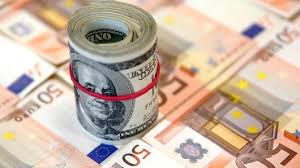 The euro fell on Monday on bets of stimulus from the European Central Bank meeting later this week to support fragile euro zone growth, while the dollar firmed following a solid payrolls report last week.

Most commodity currencies were little changed amid recent gains in oil and industrial metal prices and following assurance from China this weekend the world’s second-largest economy isn’t heading for a hard landing.

“There is a lot of expectations with what the ECB would do,” said Sireen Harajli, currency strategist at Mizuho Corporate Bank in New York.

The ECB is expected on Thursday to push interest rates further into negative territory and make some kind of adjustment to its 1.1 trillion euro bond-purchase program, but after the bank disappointed many in markets in December, traders were loath to bet more heavily against the single currency.

The greenback rose on the euro weakness as well as traders’ reassessment of Friday’s jobs report that showed stronger-than-forecast hiring in February and a surprise dip in average hourly earnings.

The dollar had slipped on Friday as some investors focused on the disappointing wage aspect of the report, but it has since rebounded on the view of a diminished likelihood of a U.S. recession in the coming months.

“The U.S. economy is doing relatively well. The dollar will likely hang on to its gains right now,” Mizuho’s Harajli said.

The dollar index, which measures the greenback against a basket of currencies, was up 0.3 percent at 97.639.

Meanwhile, most commodity currencies were flat to marginally lower against the dollar even as spot iron ore prices surged nearly 20 percent to over eight-month highs partly on bets on stronger Chinese demand.

The Australian dollar fell as much as 0.4 percent during European trading before turning higher in its U.S. session. It was last up 0.2 percent at US$0.7458.

[…] There you will find 35957 more Infos: shippingherald.com/euro-falls-on-ecb-stimulus-view-dollar-firms/ […]

[…] There you will find 30827 more Infos: shippingherald.com/euro-falls-on-ecb-stimulus-view-dollar-firms/ […]

[…] There you will find 42773 more Infos: shippingherald.com/euro-falls-on-ecb-stimulus-view-dollar-firms/ […]