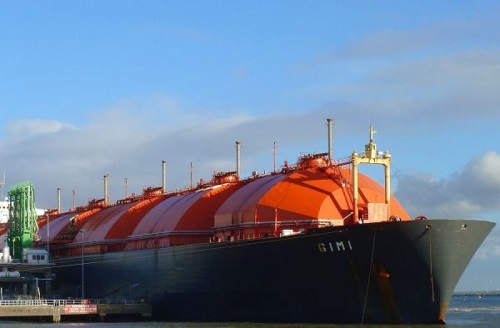 With Europe’s natural gas consumption damped by mild weather, some tankers are turning away in search of new markets because there’s not enough room to park the fuel while traders await higher prices.

Multiple liquefied natural gas cargoes that were due to arrive in the region have been canceled due to a lack of space in storage terminals, according to traders familiar with the situation. That means some gas sellers won’t be able to benefit from the usual seasonal price increase and instead must seek other customers, which may be a boon for buyers in Asia.

At least seven tankers that loaded over the past two months, mainly in the U.S., have diverted away from Europe, according to cargo-tracking company Kpler. Temperatures so far this month have been more mild than normal, reducing heating demand.

“It makes sense to divert” given the premium LNG can earn in Asia over European prices, said Jean-Christian Heintz, head of LNG broking at SCB Brokers SA in Nyon, Switzerland. “Probably there is a bit of speculating on a potential spike in December in Japan. By the time the spike arrives, if you have your ship in front of a European terminal, it is going to be too late.”

The latest example is the Maran Gas Hector, which was due to arrive in Belgium on Oct. 5 from the U.S. Gulf. Earlier in the week, it made a U-turn in the middle of the Atlantic Ocean before turning back again toward Europe, on a likely course for the Mediterranean Sea.

Near Rotterdam, home to one the region’s LNG import terminals, a fourth tanker with LNG on board appears to be idling and used as floating storage, ship-tracking data on Bloomberg show. GasLog Sydney, which loaded a Yamal LNG cargo via a transshipment on Oct. 1, hasn’t indicated any further destination, joining three other vessels full of LNG floating in the area.

Spanish LNG facilities in particular have received a record numbers of cargoes recently as traders took advantage of the nation’s six terminals, the most in any European nation. They poured gas into the tanks when prices were low and supply was booming from new plants in the U.S. The aim was to take advantage of higher prices months later when the heating season kicked in. They also knew they could find a home for their cargoes there.

Now, the Spanish terminals are so full that only scheduled shipments will be serviced and no longer available opportunistic shippers looking for storage capacity, according to people with direct knowledge of the information.