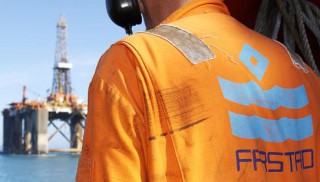 Farstad Shipping is yet to complete its restructuring.

As part of the restructuring efforts the company in November signed a binding term sheet under which Siem Oil Service Invest Limited would provide the company with NOK 1 billion in new equity. However, Farstad said the term sheet with Siem had formally lapsed.

Reference is made to the company update from Farstad Shipping ASA of 24 November 2016.

Constructive discussions are currently being carried out with all affected creditors. In order to preserve the liquidity reserves of the Farstad Shipping group, Farstad Shipping ASA and a majority of its subsidiaries have resolved to stop service of interest and amortizations to its financial creditors with effect from today.

A vast majority of the financial creditors have in support of the ongoing restructuring confirmed that they will not enforce payment against the Farstad Shipping group in the current situation.

The Farstad Shipping group will otherwise maintain operations as a going concern. All suppliers and trade creditors will be paid in their ordinary course.

No further comments will be given at this stage.