Hanjin Shipping Co. and its customers are being asked to pay more than usual to bring freight into U.S. ports, creating a backlog that could keep goods off shelves during the holiday shopping season.

Dockside servicers and transportation companies are demanding higher fees to unload and deliver cargo that was stranded aboard the South Korean shipper’s vessels when it collapsed last month, lawyers said at a hearing Friday in Newark, New Jersey, bankruptcy court.

Even though creditor protections granted to Hanjin by the U.S. court should have helped it avoid chaos in American ports, logistical problems have persisted and economic repercussions are likely, said attorney James Van Horn, a restructuring specialist at McGuireWoods LLP, which represents Eastman Chemical Co., a Hanjin client.

The cost of shipping goods from Asia to the U.S. has almost doubled as a result of Hanjin’s bankruptcy, Van Horn estimated. He said the higher cost of stocking shelves could force U.S. stores to hire fewer temporary workers in a shortened Christmas shopping season.

“I don’t see a scenario where there isn’t a minimally shortened holiday retail season, and I see the potential for a very shortened retail season,” Van Horn said in a phone interview before the hearing.

Companies including Wal-Mart Stores Inc., Kroger Co., Eastman Chemical and Forever 21 Inc. have filed notices to appear in the U.S. bankruptcy case, without stating the size or nature of their claims.

Ilana Volkov, a lawyer for Seoul-based Hanjin, told U.S. Bankruptcy Judge John K. Sherwood Friday that the fee increases made it difficult to predict the cost of bringing the ships into U.S. ports.

“I’m not sure estimates will hold,” she said, telling the judge that $1 million to $2 million a ship was her best guess. In a court filing Thursday, Hanjin said service providers were also raising fees charged to customers with cargo on its vessels.

Hanjin said that it has approached the railways, marine terminals and container suppliers about the alleged price-gouging, and has notified the Federal Maritime Commission, but there’s little else it can do.

Sherwood said he was troubled by “complaints of profiteering by people in the supply chain” but wasn’t sure he had the authority to get involved.

Lawyers for the railways and other service providers objected to the term “price-gouging,” and said their clients were merely trying to get Hanjin to cover the losses they were incurring because of delays.

Meanwhile, untended shipping containers are piling up on the docks, some with goods still inside. As of Thursday, 40 terminals and yards had said they were at capacity, Hanjin said in Thursday’s filing. The company said it’s been working with more than 70 marine terminals to make returns.

A lawyer for HP Inc. said that since Hanjin has broken off its agreements with the firms that lease the containers, there are concerns about who’s responsible for any damage to the goods they carry. Talks between the owners of the goods and the container lessors aren’t going well, he said.

Ashley Furniture Industries Inc. told Sherwood that it’s accruing about $6,000 to $7,000 a day in late charges for container chassis because the containers on them haven’t moved.

Hanjin said in court papers that it soon expects money to start flowing as more ships come in. Since its bankruptcy, only four vessels have docked at U.S. ports, Volkov said in court.

In a positive development, the company said it has raised around $45 million in financing as part of the South Korean proceedings and is finalizing a $54 million loan from Korean Air Lines. The funds are earmarked for berthing, loading and unloading ships around the world, according to Thursday’s court filing.

[…] There you will find 89583 more Infos: shippingherald.com/hanjin-clients-report-price-gouging-and-container-pileups/ […] 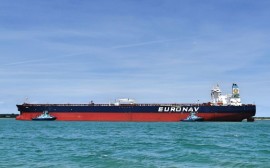 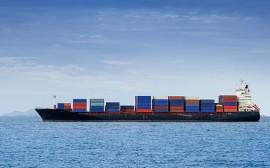 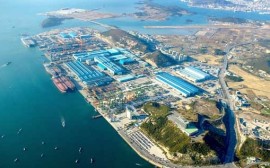 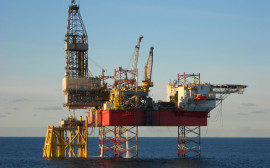 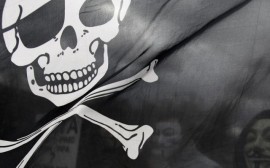 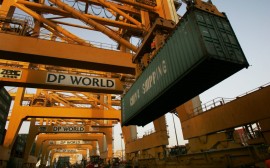 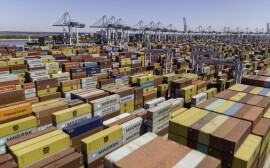