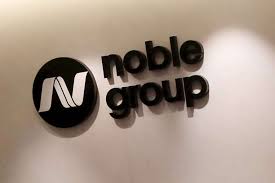 Noble Group Ltd (on Tuesday confirmed it had extended a key debt deadline and was in “constructive” talks with potential investors, but the crisis-hit trader also pushed back payment of the coupon on a closely watched bond.

The decision to defer payment of the coupon on its $400 million perpetual securities, due June 26, worried investors, who said the failure to pay $12 million sent a negative signal and suggested lenders may have asked the group to defer payment where possible. Shares slipped after a sharp rise on Monday.

“While non payment of the perpetual bond coupon will not trigger a default event, it is a further hit to the company’s reputation. This is hurting investor confidence,” said one Hong Kong-based analyst, who declined to be named.

Noble – which has sold billions of dollars in assets over the past two years – from its U.S. energy unit to its agribusiness, also said it could sell more and cut costs further to boost liquidity.

The remaining assets and investments on its books are smaller – from vessels used by its logistics business to stakes in Australian and Indonesian coal miners.

At its height, Hong Kong-based Noble was Asia’s largest commodity trader, a powerhouse in coal and oil to rival larger European players like Glencore.

Questions over its accounting and the sharp downturn in commodity markets since 2012, however, have left the company struggling to meet its debt obligations, forcing it to dramatically reduce the scale of its operations.

It has been buffeted by a collapsing share price, credit downgrades, management upheavals and a series of writedowns and asset sales. Its shares were trading on Monday at S$0.465 – down from a 2011 peak of around S$17.

In a statement on Tuesday, Noble said its revolving credit facility would be extended by 120 days from June 20, confirming reports last week. A person familiar with the matter told Reuters on Friday that Noble had extended the $2 billion credit line, but was told to find a strategic investor.

Noble said it was also continuing talks with its bankers in relation to a revolving credit facility due May 2018. Its bankers, based in Europe, the United States and Asia, have hired legal and financial advisers, Noble said.

Traders, analysts and industry sources have warned that the credit extension was likely to be only a temporary fix, and some said on Tuesday that they did not expect an imminent investment or major sale.

“I don’t factor in any strategic sale yet,” said Lorraine Tan, director of equity research in Asia at Morningstar.

“But obviously, if they do find a strategic partner that would be very positive because it actually strengthens their ability to get funding, which is what a trading house needs.”

Coupon payments on its other bonds are due in July and September.