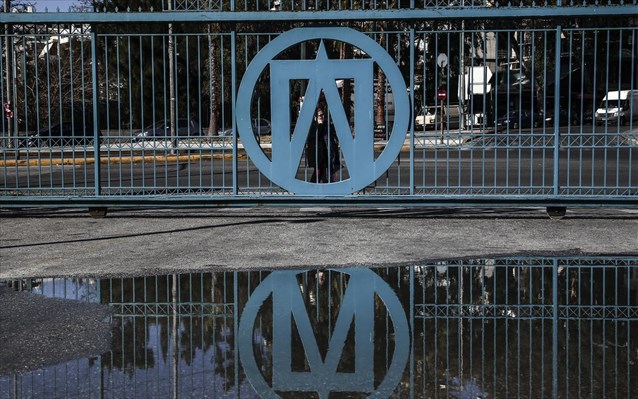 The Green C Ports European Project has been awarded the 2020 World Port Sustainability Award of the International Association of Ports and Harbors (IAPH) in the ceremony which took place online on June 24, with the participation of port authorities from around the world and representatives of the European Commission and of the project itself. Specifically, Green C Ports was distinguished in the category of “Resilient Infrastructure”.

The Green C Ports, supported by the Connecting Europe Facility program of European Union, is being implemented by twelve transnational partners from four European countries, including Greece, and aims to create a platform for measuring the port’s environmental performance. Through the use of sensors and artificial intelligence technology, this platform will process large volumes of data, allowing monitoring of environmental pollution caused by port facilities and ships in the urban environment, as well as informing authorities and citizens about the main environmental impacts caused by port services.

In order to reduce the environmental impact of the ports, the project partners will study a number of innovative solutions to reduce traffic congestion, improve air quality, reduce noise levels, predict crane productivity and measure in real-time the emissions in the ports of Piraeus, Valencia, Bremen, Venice and Wilhelmshaven.

Responsible partners for the pilot studies in the port of Piraeus are the Research Institute of Communication and Computer Systems (ICCS) of the National Technical University of Athens (NTUA), the Piraeus Port Authority and the Municipality of Piraeus while the companies Zen Travel Ltd and Global Maritime Agency Ltd participate in the implementation of the pilot activities.

“In the port of Piraeus, two very important pilot actions will be implemented for the project and the city of Piraeus itself, in collaboration with the ICCS of NTUA and the Municipality of Piraeus.The pilot actions include the installation of a network of environmental and meteorological sensors, as well as sensors for measuring noise levels at strategic points within the port by the PPA. Similar sensors will be installed by the Municipality of Piraeus near the port area, while the companies Zen Travel Ltd and Global Maritime Enterprises Ltd will install a set of sensors in a number of trucks and tourist buses, which move in and around the port area”, said Mr. Dimitris Spyrou, project manager of PPA for the Green C Ports project.

Data from all sensors will be collected on the Green C Ports digital platform. From there, with the support of appropriate tools, information will be obtained about the levels and sources of air pollution and noise pollution in the pre-selected port areas, while at the same time, it will be provided the possibility of forecasting the future total pollution in the wider area of the port.

“We are really happy for this important award of Green C Ports, in which ICCS actively participates with the implementation of pilot tests in the port of Piraeus, one of the ten largest European ports, both in terms of freight and passenger volumes. The international recognition which Green C Ports gained proves that our goal of minimizing the environmental footprint caused by ports apart of being a key issue on the new European agenda towards a climate-neutral continent is a global priority and a catalyst for the sustainable development of transport and supply chain sectors. Through the use of digital tools and advanced artificial intelligence technologies, we intend to achieve a transition to an era where the achievement of environmental goals and the development of the port will go hand in hand, for the benefit of institutions, end users and society”, added on the occasion of the award Dr. Angelos Amditis, responsible for the pilot tests in the port of Piraeus and Research Director at the ICCS of NTUA.

The American Association of Port Authorities (AAPA), the European Organization of Sea Ports (ESPO), the International Association of Cities and Ports (AIVP) and the World Association for River Transport Infrastructure (PIANC) are part of this program as strategic partners.

The international initiatives presented to these awards and specifically the winners will undoubtedly serve as inspiration for ports seeking to integrate the United Nations Sustainable Development Goals into their strategy, in their daily activities and in their clusters.