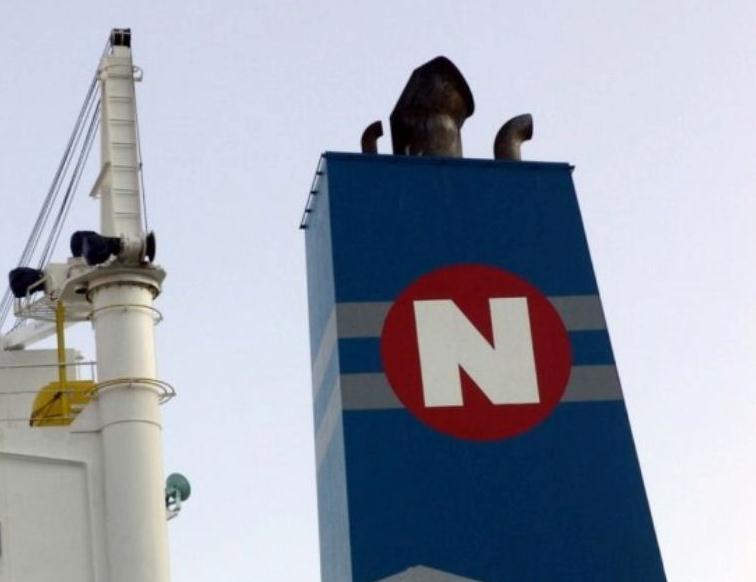 Angeliki Frangou, Chairman and Chief Executive Officer of Navios Partners stated, “For the first quarter of 2017, Navios Partners reported revenue of $42.4 million and adjusted EBITDA of $25.9 million. We are pleased with these results as we are coming off the worst year in history for the dry bulk market – with the BDI reaching a historical low in the first quarter of 2016 and the container sector suffering its own set of challenges.”

In April 2017, Navios Partners agreed to acquire the entire container fleet (the “Fleet”) of Rickmers Maritime Trust Pte. (the “Trust”). The Fleet consists of 14 Container vessels. The acquisition of the first five 4,250 TEU vessels is expected in May 2017. These vessels are employed on charters that have staggered expirations in 2018 and early 2019 at a net daily charter rate of $26,850.

On May 11, 2017, Navios Partners formed Navios Containers, a Marshall Islands company, which agreed with investors to sell approximately 15.0 million of its shares for aggregate gross proceeds of approximately $75.0 million, at a subscription price of $5.00 per share.

Navios Containers intends to use the proceeds to acquire the Fleet that Navios Partners previously agreed to purchase from the Trust as well as for further vessel acquisitions, working capital and general corporate purposes. The offering is expected to close on or about June 1, 2017.

The Fleet vessels are expected to be delivered starting in May, 2017. The acquisition is subject to a number of conditions, and no assurance can be provided that the acquisition will close at all or in part. Navios Containers also announced today that it intends to file an application to register on the Norwegian Over-The-Counter market (N-OTC). Navios Containers expects to be registered on or about June 1, 2017.

In March 2017, Navios Partners agreed to refinance $32.0 million of its existing credit facility with DVB Bank S.E. Based on the refinanced terms, the credit facility will mature in August 2020 and will bear interest at a rate of LIBOR plus 310 bps.

In April 2017, Navios Partners agreed to acquire two 2007 South Korean-built Panamax vessels of approximately 75,000 dwt each, for a total purchase price of $27.0 million. The vessels are expected to be delivered to Navios Partners’ owned fleet by July 2017.

In April 2017, Navios Partners agreed to acquire one 2010-built Capesize vessel of 178,132 dwt, for a purchase price of $27.5 million. The vessel is expected to be delivered to Navios Partners’ owned fleet by September 2017.

In May 2017, Navios Partners agreed to acquire one 2009 Japanese-built Capesize vessel of 180,274 dwt, for a purchase price of $28.3 million. The vessel is expected to be delivered to Navios Partners’ owned fleet by August 2017.

In May 2017, Navios Partners agreed to acquire one 2011 South Korean-built Capesize vessel of 179,016 dwt, for a purchase price of $31.05 million. The vessel is expected to be delivered to Navios Partners’ owned fleet by June 2017.

Acquisition of Other Assets

On March 17, 2017, Navios Holdings transferred to Navios Partners its participation in Navios Revolving Loans and Navios Term Loans, both relating to Navios Europe I, for $4.1 million in cash and 13,076,923 newly issued common units of Navios Partners.

Completion of Sale of the Navios Apollon

In April 2017, the Company completed the sale of the Navios Apollon, a 2000 Ultra-Handymax vessel of 52,073 dwt. The vessel was sold to an unrelated third party for a total net sale price of $4.8 million.

For the following results and the selected financial data presented herein, Navios Partners has compiled consolidated statements of operations for the three month periods ended March 31, 2017 and 2016. The quarterly 2017 and 2016 information was derived from the unaudited condensed consolidated financial statements for the respective periods. EBITDA, Adjusted EBITDA, Adjusted Earnings per Common Unit, Adjusted Net Income and Operating Surplus are non-GAAP financial measures and should not be used in isolation or substitution for Navios Partners’ results.

The reserve for estimated maintenance and replacement capital expenditures for the three month periods ended March 31, 2017 and 2016 were $3.3 million and $3.0 million, respectively (please see Reconciliation of Non-GAAP Financial Measures in Exhibit 3).

Net income for the three months ended March 31, 2017 was negatively affected by the accounting effect of a: (i) $3.2 million write-off of deferred finance fees and discount related to the refinancing of the Term Loan B Facility; (ii) $1.5 million allowance for doubtful accounts; (iii) $1.3 million loss related to the disposal of the MSC Cristina; and (iv) $0.5 million equity compensation expense. Excluding these items, Adjusted net income for the three months ended March 31, 2017 amounted to $0.7 million compared to $0.2 million for the three months ended March 31, 2016. The increase in Adjusted net income of $0.5 million was due to a: (i) $2.0 million decrease in depreciation and amortization expense; (ii) $0.5 million decrease in interest expense and finance cost, net; and (iii) $0.5 million increase in interest income. The above increase was partially mitigated by a $2.2 million decrease in adjusted EBITDA and $0.2 million increase in direct vessel expenses, comprising of the amortization of dry dock and special survey costs.