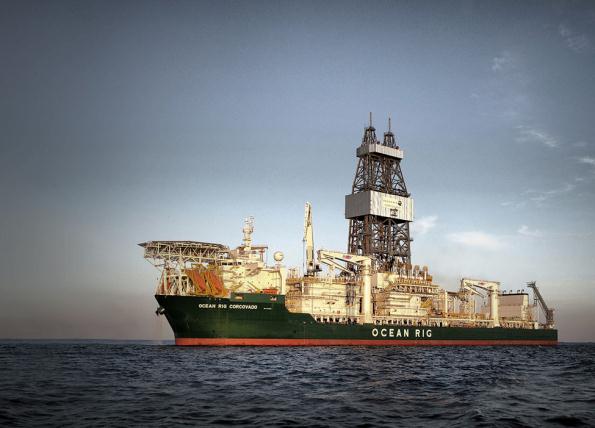 (1) Adjusted EBITDA is a non-GAAP measure; please see later in this press release for reconciliation to net income

Drilling units’ operating expenses decreased to $103.7 million and total depreciation and amortization decreased to $83.1 million for the three-month period ended September 30, 2016, from $135.5 million and $90.3 million, respectively, for the three-month period ended September 30, 2015. Total general and administrative expenses remained the same in the third quarter of 2016 as in the same period in 2015, amounting to $23.2 million.

The table below describes our operating fleet profile as of December 12, 2016:

Adjusted EBITDA represents earnings before interest, taxes, depreciation and amortization, class survey costs, impairment loss, loss on sale of assets, gain from repurchase of senior notes and gains or losses on interest rate swaps. Adjusted EBITDA does not represent and should not be considered as an alternative to net income or cash flow from operations, as determined by United States generally accepted accounting principles, or U.S. GAAP, and our calculation of adjusted EBITDA may not be comparable to that reported by other companies. Adjusted EBITDA is included herein because it is a basis upon which the Company measures its operations. Adjusted EBITDA is also used by our lenders as a measure of our compliance with certain covenants contained in our loan agreements and because the Company believes that it presents useful information to investors regarding a company’s ability to service and/or incur indebtedness.

The Leiv Eiriksson commenced its contract with Lundin Norway AS on July 18, 2016. The unit is currently drilling its third well. During the third quarter, the unit achieved utilization of 92.68%. On September 28, 2016 Lundin exercised one of its options for a fourth well that will now keep the Leiv Eiriksson employed until the end March 2017. The Company is in discussions with Lundin to potentially extend the current drilling program to the end of 2017.

The Eirik Raude is currently in its stacking location in Greece and is available for alternative employment.

[…] There you will find 79236 more Infos: shippingherald.com/ocean-rig-misses-3q-profit-forecasts/ […]

[…] Informations on that Topic: shippingherald.com/ocean-rig-misses-3q-profit-forecasts/ […]

[…] There you will find 90009 more Infos: shippingherald.com/ocean-rig-misses-3q-profit-forecasts/ […]

[…] There you will find 72638 more Infos: shippingherald.com/ocean-rig-misses-3q-profit-forecasts/ […]