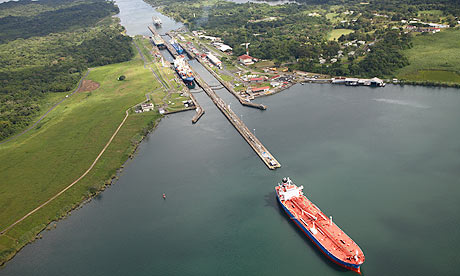 The Panama Canal Authority has imposed further draft restrictions for vessels transiting through the canal effective April 29 due to ongoing El Nino-related droughts in the region.

In a shipping advisory Friday, the authority said the maximum allowable draft will be reduced further to 11.74 meters (38.5 feet) from April 29.

This is the second restriction announced this year. On March 21, the authority, also known as the ACP, said it would temporarily lower the maximum allowable draft for transiting vessels to 11.89 meters (39 feet) from April 18.

“As in the past, draft restrictions will be implemented in 15 cm (6 inch) decrements at a time, with each restriction announced at least four weeks in advance,” the ACP said in the Friday advisory.

“Vessels already loaded to the prevailing draft limitation at the time of announcing the new draft restriction will have this restriction waived for transit, subject to safety considerations.”

The ACP added that it would remove the draft restrictions as soon as water levels in the Gatun Lake returned to normal.

If the draft restrictions go ahead as planned this month, it will be the first such curbs in nearly 20 years. The ACP announced similar restrictions in August last year, but they were never implemented in September as planned as rainfall in the region improved.

The 80-kilometer (50-mile) long Panama Canal is a key waterway that connects the Atlantic and Pacific oceans.

The canal is being widened, and when the new locks are operational — expected from June 26 — ships with larger draft, longer beam and length overall will be able to pass through.