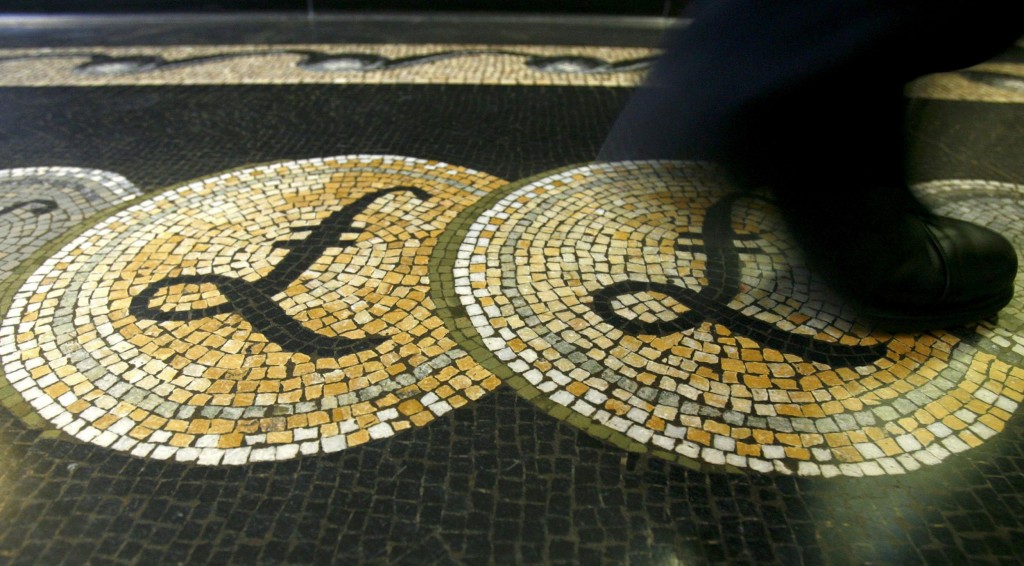 The pound slumped as much as 1 percent as political developments in the U.K. cast a shadow on Prime Minister Theresa May’s ability to push for the Brexit deal she aims for.

Sterling snapped a two-day rally after the Sunday Times reported 40 Conservative members of Parliament, just eight short of the number needed to trigger a leadership challenge, have agreed to sign a letter of no confidence in her. Gilts gained as the clock ticked down to a December summit with the European Union, and the opposition Labour party accused May of lacking the support of her own party to deliver the Brexit transition period she’s proposed.

Sterling fell the most since Nov. 2 as leveraged accounts aggressively sold the currency, according to traders in London, who asked not to be identified as they weren’t authorized to speak publicly. The Times report came as the Mail on Sunday reported that Foreign Secretary Boris Johnson and Environment Secretary Michael Gove wrote a joint memo to May, demanding that a Brexit transition end in a maximum of two years.

“It coincided with the leak of the letter from Gove and Johnson to May apparently instructing her how to run the talks,” said Jane Foley, head of currency strategy in London at Rabobank. “Both suggest further trouble in the cabinet and since this would have negative implications for Brexit talks, the political outlook currently appears very rocky for the pound again.”

Option traders have also applied pressure on the pound, as bets on a weaker sterling by year-end gained traction on Monday, risk reversals show.

The pound weakness came amid concerns over how much Britain will need to pay for its divorce from the EU, with European Parliament President Antonio Tajani saying in a newspaper interview that the U.K.’s Brexit bill should be “at least 60 billion euros”.