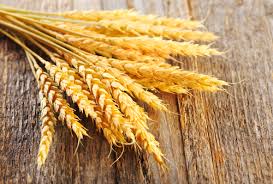 Russian wheat with 12.5% protein loading from Black Sea ports and for supply in September was at $216 a tonne free on board (FOB) at the end of last week, up $5 from the previous week, agriculture consultancy IKAR said in a note.

Russian farmers, sowing winter wheat for the next year’s crop now, are getting increasingly concerned about the lack of precipitation, Sovecon said.

Even light rains would help the development of their future crop, but most of the regions are expected to remain dry in the next two weeks, it added.

Farmers have sown winter grains for the 2021 crop on 23% of the planned area, or on 4.2 million hectares.

Speaking about this year’s crop, Sovecon said Russia’s southern regions were expected to harvest very small crops of maize (corn) and sunflower.
It did not disclose its estimate for their size, but said that this could slow down sales of already harvested wheat and barley by farmers, who would no longer need to free up their storage for corn and sunflower, it added.