17 Feb 2016
by ShippingHerald Headlines, In Depth, Oil, The Wire 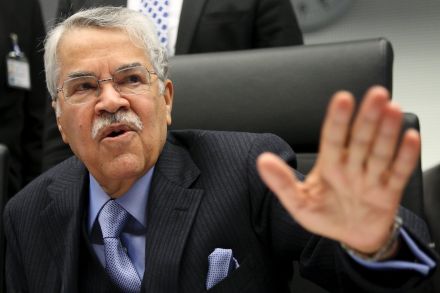 Saudi Arabian Oil Minister Ali Al-Naimi said the output freeze agreed with Russia and two other countries on Tuesday might be followed be more action to improve the oil market.

“The reason we agreed to a potential freeze of production is simply the beginning of a process to to asses in the next few months and decide whether we need other steps to stabilize the market,” Ali Naimi said after meeting the Russian, Qatari and Venezuelan oil ministers in Doha. “We want a stable oil price.”

His comments will feed speculation that today’s meeting may be the first step on the way to an agreement among the world’s leading oil producers to curb production and revive prices. Crude has slumped to a 12 year-low earlier this month as oil-producing countries fought to defend market share, allowing global stockpiles to reach an all-time high.

The production freeze, set at January levels, is conditional on other nation’s agreeing to participate, Russia’s Energy Ministry said in a statement after the meeting ended. The deal doesn’t yet include Iran and Iraq, two OPEC members that have increased output in recent months.