Small shipowners put on the backburner for IMO 2020 solutions 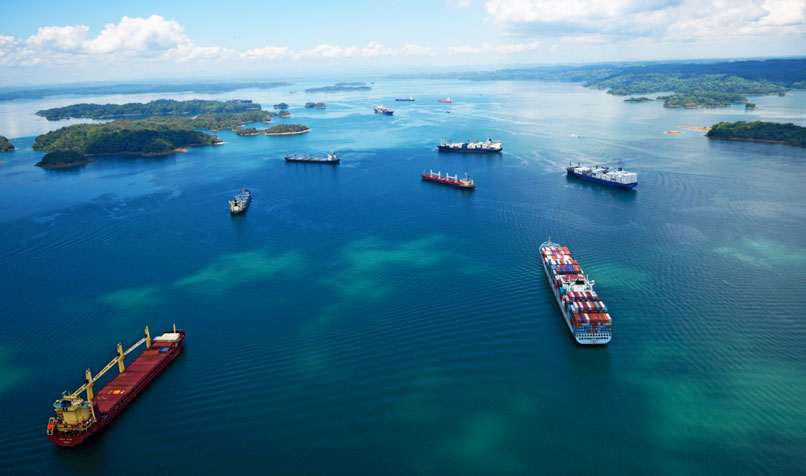 In 2020 the global bunker market will shift to a cleaner yet more expensive 0.5% sulfur marine fuel but the vast capital required to address this new regulation has left small shipowners few options to stay above water.

The industry giants such as Maersk have announced they will use 0.5% very low sulfur fuel and Trafigura will continue to burn 3.5% fuel on its vessels thanks to the installation of scrubbers.

UBS Evidence Lab’s survey of shipping executives globally indicates that 67% of participants expect compliant fuel to be the primary response to the sulfur cap, only 21% will install scrubbers and 9% will replace with new vessels, the UBS “Greening the Waterways” August report said.

However smaller shipowners are currently waiting until the last second to see how the market and prices develop as obtaining loans from the banks to retrofit scrubbers on their fleet or even scrapping and purchasing new vessels is a luxury available to very few.

The global fleet of merchant vessels currently stands at over 50,000, looking at industry estimates. Small shipowners make up approximately 4.5% of the global fleet, according to a senior commercial analyst at a large shipowner when looking at all ship types, excluding cruise liners.

“Almost 56% of INTERTANKO’s membership is made up of owners with 10 vessels or less”, INTERTANKO told S&P Global Platts, “while the cumulative tonnage of those members makes up 14.1% of the association’s total registered fleet”.

INTERTANKO is a member organization open to independent tanker owners and operators of oil, chemical and gas tankers. Its membership’s fleet comprises 3,976 tankers.

Options available to small owners include mergers with other owners, scrapping older vessels and sharing the costs of a newbuild with another owner and placing their vessels into shipping pools.

Shipowners in oversupplied tonnage markets are looking forward to the prospect of increased scrapping rates, in order to remove the least efficient vessels from the fleet.

This will reduce the fleet and decrease the competition for cargoes, whereas competition among a large fleet for few cargoes has been a prevalent feature of the last 12 months.

The pool system operates by where earnings of the vessels in the pool are distributed to the owners involved according to a pre-agreed weighting system.

“An owner of one, two or three vessels owner will probably start looking into the pool or merging idea if he sees that the freight market will not support them,” according to Captain Andreas Georgiou, managing director of Athens-based Gregale Dry Bulk Shipping, a specialist in dry bulk and tanker chartering.

IT ALL COMES DOWN TO PRICE

Looking down the 3.5% FOB Rotterdam barge curve in 2020 a contango structure is apparent from March-April timespread until the end of 2020 as demand for 3.5% bunker fuel is expected to plummet.

However, the current contango structure will likely be flipped into backwardation should scrubber technology see a surge in demand. Some industry sources think scrubber demand could increase should the cost of 3.5% fuel plummet to an economic discount below 0.5% fuel or marine gasoil. Only roughly 10-15% of the fleet are expected to have scrubbers installed, according to a study from CE Delft.

Scrubbers remain a niche solution within the global fleet, but have seen a rapid rise in popularity among shipowners in recent months.

Those with a wealth of capital available are best placed to react to the shocks that the 0.5% sulfur cap will present to the industry.

“Given the significant amounts at stake, only strong and coordinated enforcement of the rules can ensure that all shipowners compete on a level playing field,” a spokesman from shipping giant Maersk told S&P Global Platts. “The costs linked to this fundamental shift have been evaluated by the OECD could add annual total costs up to $30 billion for the container shipping industry.”

As noted, small shipowners hold a smaller portion of the global fleet’s dead weight tonnage, despite the number of vessels in their fleet.

The decision to install scrubbers is heavily dependent on the type and size of the vessels, sources said.

“For a Pure Car Truck Carrier (PCTC) it is more difficult and expensive to put scrubbers as there is not enough space to install it,” a source from a leading shipping agency said. “Owners are getting paid in terms of how many vehicles they ship, so they want to utilize maximum capacity.”

For now, most owners with small fleets are considering switching to marine gasoil, or a mix of distillate and residual products to reach a certain density and viscosity, a marine consultant for a small Lebanese ship owning company said.

“Many will try and fail, and will end up leaving their vessels for scrap,” the consultant added. “It will also limit shipowners’ trade routes to countries where regulations will not be as stringent.”

In addition, the cost of installing a scrubber will cascade into additional expenditure, such as higher hull and machinery premiums, as well as more control and surveying of the scrubbers from flag, port state control, class and insurance companies.

“Shipowners for older or smaller ships may also see the investments as simply too costly,” Societe Generale said in a recent monthly commodities report.

If demand for scrubbers were to increase by the end of 2019, the cost of installation will surge as the scrubber market is not yet heavily invested in, analysts said.

“We’re not really buying into it,” a small bitumen shipowner said. “It’s too expensive to fit a scrubber for bitumen vessels specifically, as it is almost half the price of the ship.”

The owner of one bulk carrier, of 58,000 DWT, was quoted about $2 million for the installation of a scrubber.

By 2020, market participants expect there to be a shortage of scrubbers, and small ships could become obsolete because they won’t be able to afford the increased installation in price.

Owners with more modest balance sheets will not be able to take on the additional costs, and are therefore taking a “wait and see” approach, and are more focused on factoring in the bunker cost differential in their PNL sheets come 2020.

“Owners are not willing to incur the cost of fitting a scrubber,” the source from the Greek agency added. “They are not willing to proceed with the installation as they believe the return on investment will be limited, rendering it unnecessary.”