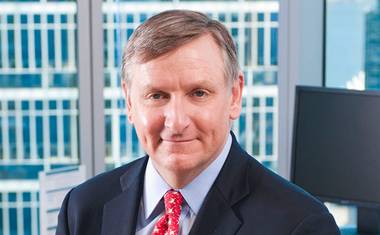 Teekay announced that its President and Chief Executive Officer, Peter Evensen, has informed the Company that he plans to retire effective January 31, 2017 after more than 13 years of service with Teekay.

Since Mr. Evensen became CEO in 2011, he has continued Teekay’s growth by building on its daughter company structure and partnering model to expand Teekay’s broad service offerings to its customers in the oil and gas industry. Today, the Company is one of the world’s largest independent operators of liquefied natural gas (LNG) carriers; the world’s largest operator of shuttle tankers; a leader in floating production, storage and offloading (FPSO) units; and the largest operator of medium-sized crude oil tankers. The combined Teekay entities currently manage and operate consolidated assets of approximately $13 billion, comprised of approximately 220 liquefied gas, offshore, and conventional tanker assets, and have forward fee-based contracted revenue totaling over $20 billion.

“It has been an honor and privilege to lead this company, and I am very confident that Kenneth Hvid is the right person to be my successor to lead Teekay into the next phase of its strategy,” commented Mr. Evensen. “Teekay’s success is largely about how we work together as a team not only within the company but also with our customers and business partners. The decline in the oil price has significantly affected our energy customers. Faced with these challenges, the Teekay team has responded with resilience, adapting to the new environment in many ways, including implementing cost reduction programs while maintaining our high safety standards, increasing focus on efficient operations, and systematically completing the financing of our existing growth projects which, once delivered, are expected to increase Teekay’s future consolidated cash flows.”

Sean Day, Teekay’s Chairman said, “In Peter’s many leadership positions at Teekay, he has brought dynamism and strategic thinking that has enabled Teekay to expand and grow into the company that it is today. He was the architect of our innovative daughter company structure that provided a low-cost source of capital, which enabled us to build our market-leading businesses, and, with a solid team in place, Teekay is well-positioned to take the Company into the next phase of its strategy.” Mr. Day continued, “Kenneth Hvid is the natural successor to Peter Evensen as CEO of Teekay at this time. He has had multiple roles in his 16 years at Teekay, including leadership positions in offshore, LNG, tankers, strategy, and operations, as well as having worked extensively in Vancouver and Norway. I am confident Kenneth’s strategic mindset, his passion for the business and his strong leadership focus will ensure a seamless transition and renewed energy on the strategic opportunities ahead of us.” Mr. Day continued, “By placing a high priority on talent management and succession planning over many years, the Teekay Board has ensured that Teekay has strong leadership across the organization and, as a result, Kenneth will be supported by a talented and experienced team that will ensure continuity of Teekay’s vision and values going forward.”

“I am excited and honored to take on this role,” commented Mr. Hvid. “I look forward to leading our talented and dedicated team as we enter the next phase of Teekay’s strategy that takes into account the current industry challenges and opportunities as well as building upon our past accomplishments. I would like to thank the Board of Directors for their confidence in entrusting the leadership of Teekay to me following Peter’s retirement. I look forward to working with the Board of Directors, the executive team and our 7,900 employees onshore and offshore as we build on our reputation of delivering high quality marine services to the oil and gas industry while upholding the standards of safety and excellence. Like Peter, I remain committed to creating value for our customers, shareholders, business partners and employees.”