HomeFinance & EconomyBuyers circle Seadrill as it plots exit from bankruptcy

Buyers circle Seadrill as it plots exit from bankruptcy 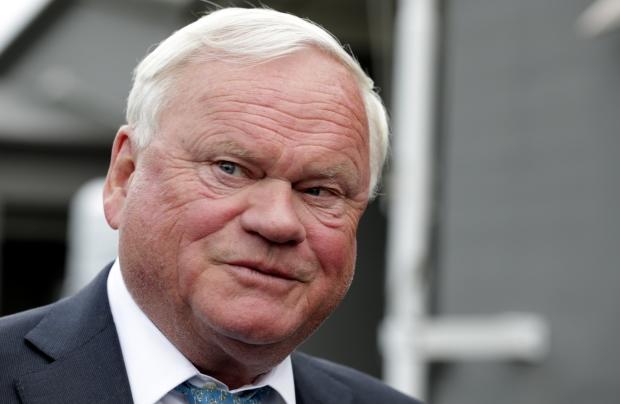 Noble Corp and a consortium that includes Transocean Ltd and Dolphin Drilling are competing to acquire the assets of Seadrill Ltd, the bankrupt offshore oil driller controlled by Norwegian-born tycoon John Fredriksen, people familiar with the matter said on Tuesday.

Seadrill is trying to emerge from its second U.S. Chapter 11 bankruptcy in four years: like many in the industry, it expanded its drilling rigs too aggressively in the mid-2010s to withstand a subsequent plunge in energy prices and rig hire rates. It is negotiating a deal to restructure its more than $7 billion debt pile in exchange for handing company control to its creditors.

U.S. Chapter 11 bankruptcy proceedings temporarily shield companies from creditor claims, allowing firms to maintain operations while providing time to agree on debt restructuring plans, which must in turn be approved by a court.

Any acquisition offer would have to provide more value to the creditors involved than the restructuring plan under negotiation. For buyers, acting now means they could scoop up all Seadrill’s assets without taking on any of its debt pile.

The consortium comprising Transocean, Dolphin Drilling and a third party, whose identity could not be learned, lodged a bid for Seadrill in early-July, the sources said.

The offer consists of cash, shares in Transocean and an agreement to take on some of Seadrill’s existing debt, one of the sources said. Its value could not be learned.

The bid is still under consideration by the company, the source added.

Noble submitted a bid in May for the company’s asset base, according to a July 1 bankruptcy court filing. While the document shows the offer was discussed by the company and its advisers, it did not detail the result of those considerations.

Noble, which itself emerged from bankruptcy in February, remains interested in pursuing that bid, one of the sources said.

In a statement to Reuters, Seadrill said it recognized the need for consolidation within the industry and would play an active role, once its restructuring was completed later this year.

“Seadrill remains focused on the restructuring of our balance sheet,” the statement went on, adding the company was working towards filing its Plan Support Agreement, with the backing of its secured lenders. The agreement legally binds signatories to consider the formal restructuring plan.

Seadrill operates 43 rigs, which are hired by energy companies to drill for oil in both shallow and deep water across five continents, according to the company’s website. Among its clients are Equinor, Petrobras and ConocoPhillips.