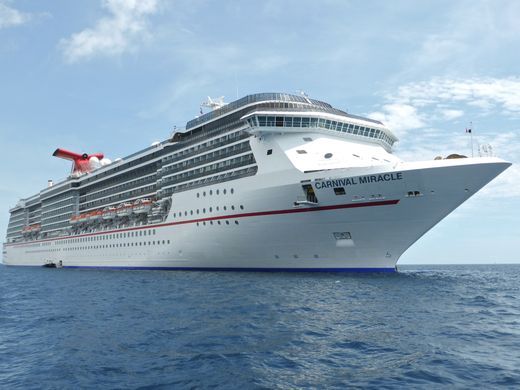 Carnival Corp. lost $2.8 billion in the third quarter, but shares rose Friday after the cruise line operator said bookings for the second half of next year are running ahead of 2019 levels.

Cruising investors are looking for any glimmer of hope for an industry that has been battered by the pandemic.

Carnival said the average ship was only 59% full in August, but that was an improvement from 39% in June, and voyages generated enough revenue to cover cash costs.

“We reported a significant loss, so we haven’t recovered yet, obviously, but as we look ahead we see brighter days,” CEO Arnold Donald said in an interview. “If things continue to trend the way they are (with COVID-19 cases), we should see positive cash flow as we get our fleet sailing broadly again.”

While there were fewer passengers, they spent 20% more on board than before the pandemic, the company said. Donald said there could be several explanations.

“People haven’t been able to cruise — maybe not even travel – for a while, so they are in a mood to spend more because they haven’t had a chance to in a while,” he said.

Carnival, which is headquartered in Miami but incorporated in Panama, said that after write-downs its adjusted loss was $1.99 billion in the third quarter, which ended Aug. 31.

Eight of Carnival’s nine cruise lines including Carnival, Princess and Holland America have resumed sailing with reduced schedules. The company said it expects more than half of its fleet to be operating by the end of October and the full fleet by next summer.

The cruise industry has been among the hardest hit by the pandemic. The big three cruise companies are incorporated outside the U.S., and they did not receive the same kind of federal relief that was granted to airlines. With revenue at rock-bottom levels, the companies have borrowed billions to avoid sinking.