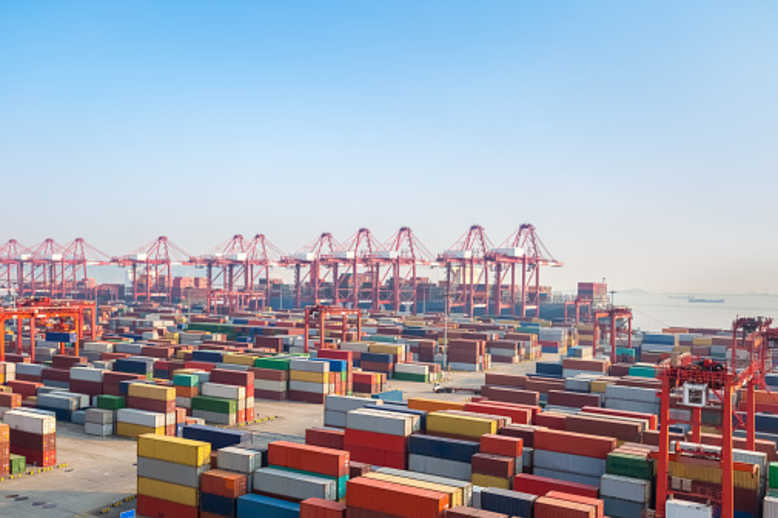 Container shipping rates from China and Southeast Asia to the east coast of North America have surpassed $20,000 per twenty-foot equivalent unit, or TEU, CCTV reported.

It was the first time for the number to surpass $20,000, up from $16,000 per TEU on Aug 2, according to the report, citing the global container freight index.

The sharp rise in the global container freight index in such short period of time is actually related to changes in the calculation method, according to industry insiders.

The global container freight index has roughly increased 50 percent in a week and this is actually because part of the surcharge was not included in the past version, which is a matter of baseline difference.

In the past month, many global shipping companies such as Maersk and Mediterranean Shipping Company SA have increased their surcharge fees, which is also key to the recent sharp rise in sea freight prices.

China’s import and export of goods increased by 11.5 percent year-on-year in July with foreign trade continuing to improve.

Overall shipments have decreased by over 40 percent, especially since June and July. Out of the original 3,000 sets of furniture, only 1,000 sets were shipped, with many still in the warehouse because the shipping charges were too expensive, said Zhong Duming, Guangdong Foshan furniture trader.

Currently, many customers’ orders are being suspended, according to Zhong.

China-US trade reached 2.62 trillion yuan ($404.6 billion), up 28.9 percent year-on-year, in the first seven months of this year, which has also become an important reason for the sharp rise in shipping prices between China and the US.