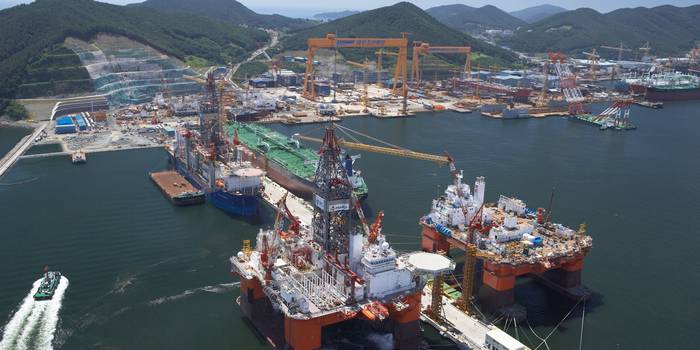 Daewoo Shipbuilding & Marine Engineering Co. (DSME) said Tuesday that it has bagged a 650 billion won (US$544 million) deal to supply an offshore plant.

Under the agreement with U.S. energy giant Chevron Corp., Daewoo will supply one unit of the field control station (FCS) to the Jansz-Io gas field located 135 kilometers off Barrow Island in western Australia.

The field provides gas to the Gorgon processing facilities operated by Chevron on the island.

The station will be built in the Okpo shipyard on Geoje Island, about 400 kilometers south of Seoul, and will be deployed to the gas field by the third quarter of 2025, according to DSME.