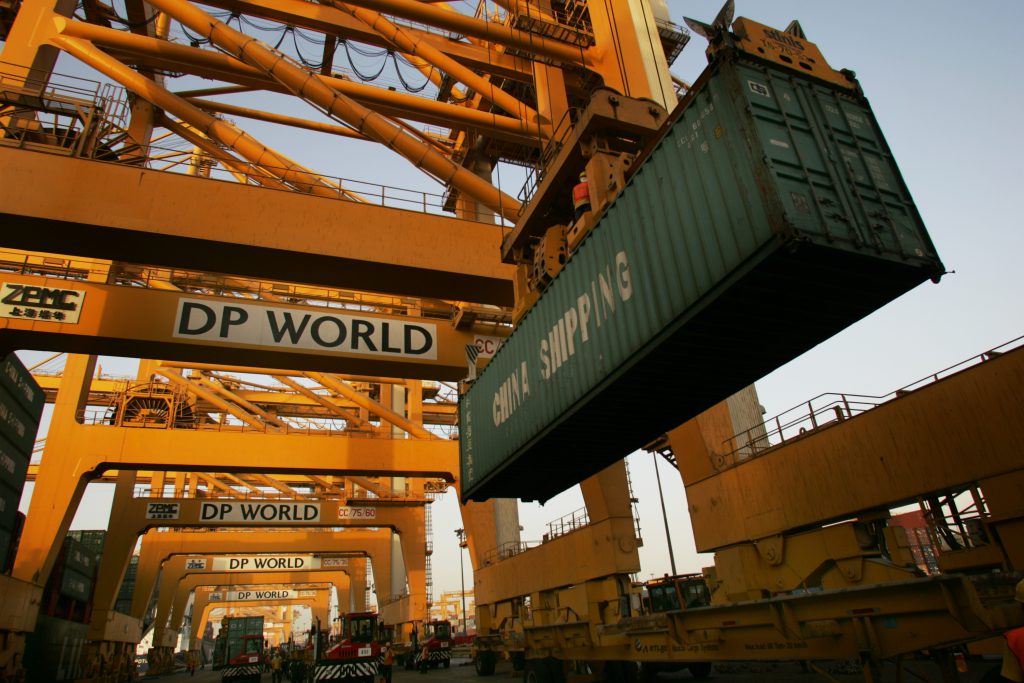 DP World, one of the world’s largest port operators, expects strong business growth in 2021 as the world economy continues to recover from the pandemic-induced slowdown.

“Our business was remarkable and fantastic in 2021,” Shahab Al Jassmi, commercial director of ports and terminals at DP World, said on Tuesday. “We have been doing very good in terms of breakbulk and container and we have been growing better than 2020.”

During the third quarter, DP World reported a 8.1 per cent increase in gross container shipping volumes in all regions in which it operates. The Dubai-based ports company handled 19.8 million 20-foot equivalent units, or TEUs, across its global portfolio of container terminals in the third quarter of 2021, up from 18.2 million TEUs in the same quarter a year ago. The company has yet to announce its full 2021 results.

Some of the challenges of 2021, including congestion at the ports as well as the shortage of equipment and higher freight rates, are expected to continue this year, Mr Al Jassmi said.

This will create “an interruption to supply chain and this interruption coming up with a huge cost with delays”.

DP World tried to maintain and retain services “at the same acceptable level without adding any cost to our customers”, he said.

The pandemic highlighted significant challenges in the logistics sector, with many cargo owners struggling to find containers to move their goods to keep pace with demand and overcome labour disruptions. The acute supply chain bottlenecks worsened during the holiday season in December, when the surge in demand met severe delivery delays.

DP World is also bullish about new opportunities in the region arising from the development of the renewable energy sector, with new projects in the pipeline.

The renewable energy projects taking place in the region will create “a big business demand growth for breakbulk and general cargo. The opportunities will continue in the region,” Mr Al Jassmi said.

The UAE, Saudi Arabia and other countries are building renewable energy projects to help them become carbon neutral in the next three to four decades.

The UAE, the Arab world’s second-largest economy, plans to invest $160 billion over the next three decades to hasten renewable energy development.

Abu Dhabi Ports’ $1.1bn expansion programme at Khalifa Port will help the company to boost the cargo handling capacity at the port to 25 million tonnes annually by 2024 and container capacity to 11 million TEUs.

The Dh200 million expansion of Mugharraq port in Al Dhafra has “seen a successful completion of quay wall, deepening of berth, improvements of overall yard capacity and more importantly, upgrading of Ro-Ro ramps to be able to offer end to end solutions to the offshore oil and gas sector”, he said.

“In addition, our continued Dh1bn investment in Fujairah port’s infrastructure through Fujairah terminals will have a major impact towards increasing capacity in the eastern seaboard,” Mr Skyrme said.

“As the only multipurpose port on the country’s eastern seaboard, it will link east, west shipping routes and tap into the business growth opportunities on the emerging trade routes between Red Sea, East Africa, as well as the Indian subcontinent and beyond.”

The officials made the comments while announcing details about the next week’s Breakbulk Middle East 2022 event, which will be held at Dubai World Trade Centre. More than 100 exhibitors are expected to take part in the event.