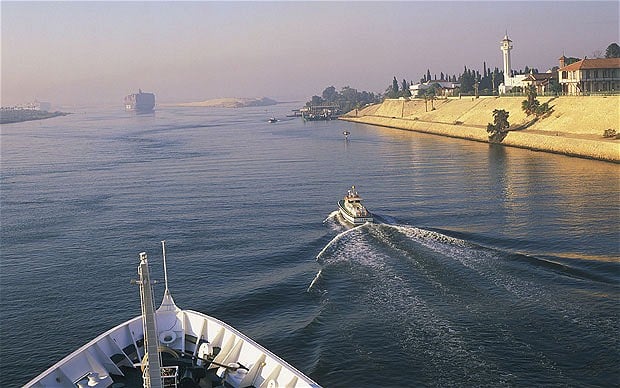 Egypt has signed a $4.45 billion deal for a high-speed electric rail line to link its Red Sea and Mediterranean coasts that contractor Siemens dubbed a “Suez Canal on rails”.

The contract between Egypt’s National Authority for Tunnels (NAT) and a consortium including Siemens Mobility, Orascom Construction and Arab Contractors will cover design, installation and maintenance of the rail link over 15 years, a cabinet statement said on Wednesday.

The 660-km (410 miles) link will include a main line designed to carry more than 30 million passengers annually as well as a freight line, and will run between the Red Sea port of Ain Sokhna and the Mediterranean ports of Alexandria and Marsa Matrouh.

Ain Sokhna is a major port and industrial complex just south of the Suez Canal, the quickest sea link between Europe and Asia.

Siemens CEO Roland Busch told journalists via video conference the rail link would cut journey times by as much as half, describing it as a “Suez Canal on rails”.

The German engineering and technology group said its share of the contract was worth around $3 billion. Trains would be delivered by its Siemens Mobility unit by the end of 2023, with the order to be completed by 2027.

Financial close on the contract is expected in 2022, Orascom said in a statement.

NAT and the consortium also agreed to discuss and finalise deals on two other high-speed rail links in Egypt, one running south from Cairo to Aswan, the other connecting the Nile city of Luxor to Hurghada and Safaga on the Red Sea, Orascom said.

The network will eventually extend to 1,825 kms, according to the cabinet.

Egypt has an extensive rail network but it has suffered from decades of underinvestment and has been plagued by accidents.

In recent years, the government has accelerated an infrastructure drive that includes a rapid development of the road network and an expansion of the Suez Canal.