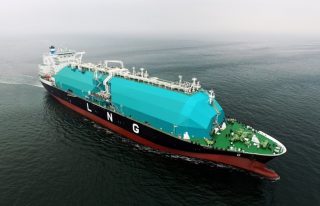 Spot LNG buyers are paying hefty premiums when requesting for fixed price offers in their transactions in view of the recent volatility in LNG and gas markets, market sources said.

Several buy tenders that were concluded lately, including those of PTT, Japex, and Komipo, were reportedly awarded with considerable premiums due to their requirement of fixed price basis offers in the tender process.

Sources said that sellers would typically attach such premiums to their fixed price offers to buffer for slippage – the risk of market prices moving higher or lower than expected when the trade is executed, from when the offer or bid is submitted.

A Guangdong-based buyer also observed that fixed price basis offers in the bilateral market were few to none, “so we are hesitating to buy on fixed price basis and considering buying on index-linked basis now.”

“Nobody wants to offer on fixed price basis now, TTF has a possibility of moving 20% intra-day, fixed price offers have a 15-minute validity,” a European utility said.

In addition, Japex had also purchased a March 11-17 delivery cargo into the Soma terminal on Jan. 21 at 6 pm SGT, with a one-hour validity. The tender was heard awarded at mid- to high-$23/MMBtu to a portfolio player.

“The JAPEX buy tender was probably transacted with a 20-30 cents fixed price premium at least,” a Beijing-based source said.

Meanwhile, JKM was assessed at $20.172/MMBtu on the same day of the transaction.

Often such tenders have validities extending hours or even days beyond the submission deadline, increasing the risk of incurring slippage costs. For instance, PTT floated multiple buy tenders in the past month seeking January to March cargo deliveries, and those had two-hour validities.

Pakistan LNG’s buy tender, issued in October 2021, seeking December 2021 to January 2022 deliveries, had a validity of 15 days. The buy tender did not receive any offers from sellers due to its long validity, according to multiple sources.

Nevertheless, many end-users in Asia still preferred to transact on a fixed price basis notwithstanding expectations of sellers requesting a “fixed price premium”. Market sources said that this was due to various reasons like market volatility and expectations of prices going higher than when they would procure the cargoes. In addition, many of the buyers do not have hedging capabilities or are not allowed to hedge.

One Asian buyer said: “We can buy floating price basis too, [but] because of volatility [in market] nowadays, our headquarters decided to buy the cargo using fixed price,” further adding that they were afraid of prices going even higher than current fixed price levels.

Traders with knowledge of the matter stated that it was under a government mandate for Thailand’s PTT to procure cargoes on a fixed price basis.

“I think it has something to do with EGAT, it goes into [the] power [market] which is fixed price pass through market,” a second Singapore-based trader said.

Trading sources stated that some end-buyers also prefer procuring cargoes on a fixed price basis for the purpose of cost comparison, versus downstream markets like power or industrial sectors or other fuels, which could be more arduous if cargoes are imported on a floating price basis as the costs would not be known immediately.

While a fraction of spot deals would continue to be performed on a fixed price basis due to the reasons stated above, bilateral deals among are expected to be, as it has been in the recent year, executed on a floating price basis, as the LNG market matures, and liquidity grows.

This phenomenon is similarly evident on the Platts Market on Close process, with a significantly lower proportion of fixed price basis bids and offers versus floating priced ones.

There were no fixed price basis bids or offers reported through the MOC process in January 2022, and only two fixed price offers in December 2021, out of a total of 50 bids, offers, and trades. The proportion of fixed price bids, offers and trades decreased to 27.5% in 2021, from 74% in 2020.