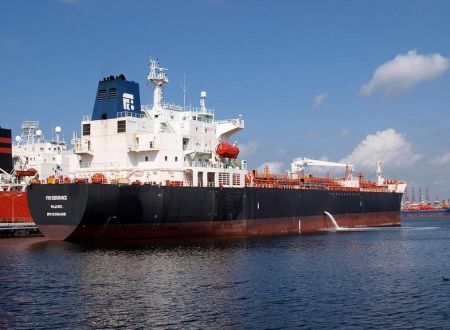 Greece-based Empire Navigation is investigating whether Iranian oil was transferred onto one of the vessels it manages, the company said in a statement, after a U.S. advocacy group first made such allegation last week.

Top oil shipping companies say they are grappling with a growing risk of handling oil shipments originating from countries that have been targeted by U.S. sanctions such as Iran and Venezuela.

A breach of U.S. sanctions could lead to a company losing access to the dollar financial system, having assets seized, and insurance cover for ships canceled, U.S. and insurance industry officials say.

Empire Navigation said it was “aware of the allegation of non-compliance regarding our managed vessel, Suez Rajan, related to a ship-to-ship transfer of Iranian oil”.

“We take these allegations very seriously and will work with the authorities to investigate this matter,” it said in a statement sent on Sunday.

UK-based maritime company Fleetscape, which is backed by U.S. investment firm Oaktree Capital Management, earlier said it was looking into the possible transfer of Iranian oil onto the Suez Rajan, which it finances, after United Against Nuclear Iran (UANI) first contacted Oaktree.

Fleetscape added it had “no role in the operation of Empire’s fleet”.

U.S. officials have not commented so far.

UANI said in a Feb. 15 letter seen by Reuters it believed Iranian oil was transferred to the Suez Rajan from a vessel called the Virgo on Feb. 13. The group said the Virgo was suspected of picking up oil from Iran’s Kharg Island terminal on Jan. 22.