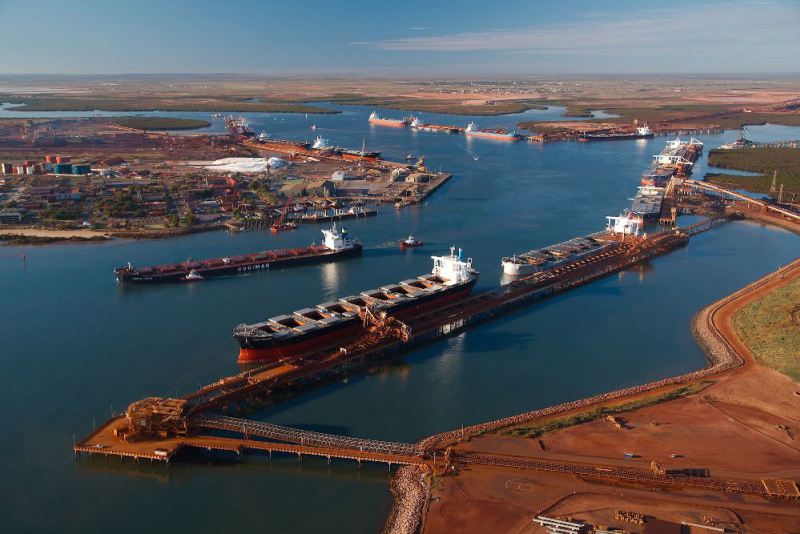 Iron ore futures rose on Wednesday in a bargain-buying bounce from a slump in previous sessions after investors stayed on the sidelines following China’s state planner’s decision to clamp down on excessive market speculation.

China’s state planner issued on Wednesday its third warning this month against excessive speculation in iron ore, adding that it will increase supervision of the country’s spot and futures markets.

The outcome of Tuesday’s meeting lacked any real teeth, so markets have assimilated it and moved on. In fact, some traders are using these events as a “buy the dip” opportunity, said Atilla Widnell, managing director of Navigate Commodities.

China’s property sector fell 5.1% in 2022 from a year earlier, value-added data from the National Bureau of Statistics (NBS) showed on Wednesday, heaping more pressure on policymakers to revive the sluggish sector in 2023.

Brazil’s CSN Mineracao SA said on Tuesday it has reached a deal for a long-term supply of iron ore to Swiss trader Glencore.

During 2023, crude steel production will continue to be affected by the Chinese central government’s determination to ensure that steel output remains flat or below the previous year’s total, according to Mysteel consultancy.

Coronado Global Resources, which has not typically sold Australian coking coal to China, has received enquiries for long-term supply as Beijing lifts its unofficial ban on coal imports from Australia, its chief executive said on Wednesday.