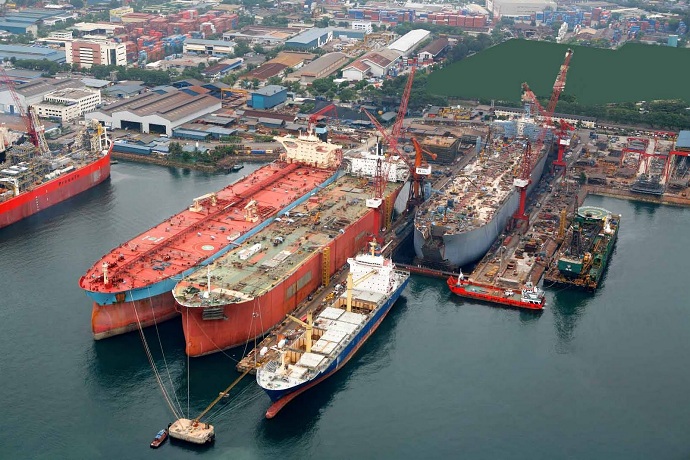 Specifically, Keppel Shipyard has been awarded contracts worth approximately S$250 million for the conversion of a floating storage and regasification unit (FSRU), integration of a floating production storage and offloading (FPSO) vessel, and the jumboisation of two trailing suction hopper dredgers (TSHD).

Chor How Jat, Managing Director (Conversions & Repairs), Keppel O&M, said, “We are pleased to secure contracts from repeat customers amidst the challenging industry environment and disruptions caused by COVID-19.”

For the first contract, Keppel Shipyard has received the Final Notice to Proceed (FNTP) from GAS-fifteen, a subsidiary of GasLog Carriers, for the engineering procurement construction (EPC) conversion of a liquefied natural gas (LNG) carrier into an FSRU. When completed, the FSRU will be deployed in waters some 17km southwest of the Port of Alexandroupolis, Northern Greece and will have an overall delivery capacity of approximately 5.5 billion cubic metres per year, with a peak send out of 22 million cubic metres per day. The FSRU will eventually be transferred to the Greek company GASTRADE and will supply the markets of Southeastern Europe with natural gas.

The second contract is between Keppel Shipyard and MODEC for the installation and integration of topside modules onboard the Bacalhau FPSO.

The other contracts are between Keppel Shipyard and a subsidiary of Royal Boskalis Westminster for the repair and jumboisation of two TSHDs.