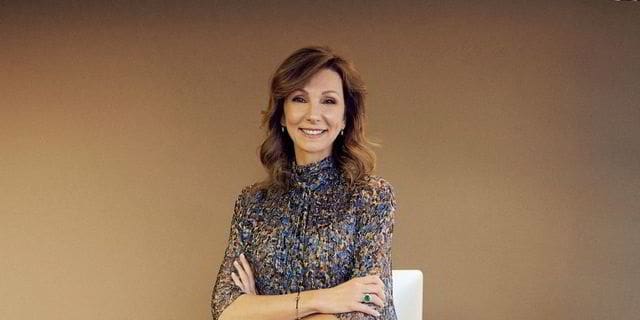 The Union of Greek Shipowners (UGS) has elected its first female president in its 106-year history.

Melina Travlos, chairwoman of Neptune Lines Shipping & Managing Enterprises, was on Thursday elected as the new head of the Union of Greek Shipowners (UGS).

The news comes just two months after Gaby Bornheim hold the position of president of the German Shipowners’ Association (VDR) in the association’s 114-year history.

Travlos is the first woman to be elected president of the Union of Greek Shipowners since UGS was founded in 1916, and will serve a three-year term. She will succeed outgoing president Theodore Veniamis, who has been in charge for 13 years.

Her father, Nikos Travlos, founded Neptune Lines in 1975, a company specializing in the transport of vehicles. Melina Travlos also founded Neptune Dry five years ago, which has a fleet of five bulkers.
Its 18-ship fleet transports over a million cars per year to 20 countries and 30 Mediterranean ports.

The new President made the following auspicious beginning, with this statement:

“I would like to express my gratitude for the honor of being unanimously elected President of the Union of Greek Shipowners. Everyone’s trust fills me with pride, but above all modesty, respect and liability for my mission.

I want to thank, especially, our outgoing President, Theodoros Veniamis for his multiannual, consistent, multi-level and internationally acknowledged contribution to Greek shipping and to its social footprint, through SYN-ENOSIS.

We have many great challenges ahead of us. We keep moving forward united and focused on our goal. A national goal, a global goal: to defend the achievements of Greek shipping.”

In total, 30 board members were elected from 42 candidates for a three-year term.

The new UGS Board of Directors: