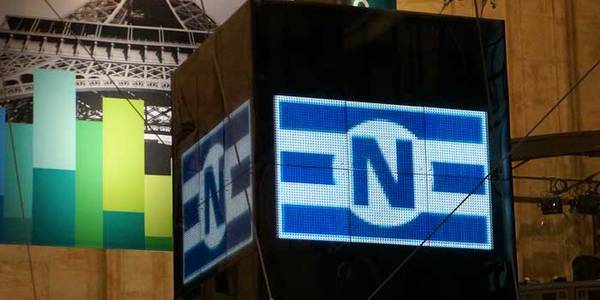 Navios Maritime Holdings Inc., a global seaborne shipping and logistics company, announced that it entered into agreements providing Navios Holdings with a total of $550 million of debt financing.

The proceeds of this financing together with available cash will be used to repay at maturity all of Navios Holdings’ outstanding 7.375% First Priority Ship Mortgage Notes (“Ship Mortgage Notes”) due January 15, 2022 and redeem $50.0 million of Navios Holdings’ outstanding 11.25% Senior Secured Notes (the “Senior Secured Notes”) due on August 15, 2022 (after which $105.0 million will remain outstanding).

Details are as follows:

These Loans provide for advances of $150.0 million of additional liquidity the release by the Lender of approximately $300.0 million of collateral (including approximately $158.9 million of Ship Mortgage Notes), allowing Navios Holdings to grant additional collateral as security for the commercial credit facilities and sale and leaseback agreements an initial 18-month period during which there will be no cash interest or amortization; interest payments during this initial period will be made in the form of a junior debt instrument (“Unsecured Convertible Debentures”) as described below.

The Fee and all PIK interest on the Loans will be paid in the form of unsecured convertible debentures. The unsecured convertible debentures (1) have a five-year term, (2) carry PIK interest, at an annual rate of 4% and (3) are convertible, in whole or in part, at any time at the election of the Lender into shares of common stock of the Company at the conversion price formula fixed on December 13, 2021. The holder of the Unsecured Convertible Debentures will be entitled to vote on an “as converted” basis along with the holders of common stock of the Company.