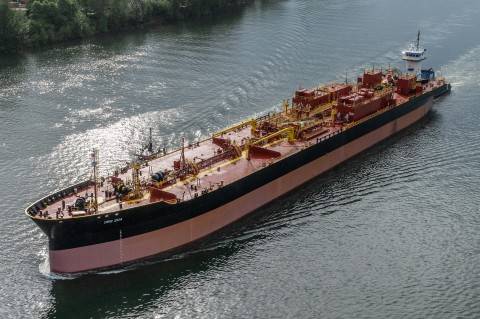 Proceeds were used to refinance and replace its existing term loan facility with The Prudential Insurance Company of America, as administrative agent, and certain other lenders, and an existing term loan with Wintrust Commercial Finance, as well as the partial refinancing of a term loan with Banc of America Leasing & Capital, LLC. The remaining proceeds, after transaction costs, will be used for general working capital purposes.

The performance of the borrowers’ obligations under the Term Loan Refinancing are guaranteed by OSG and certain other subsidiaries, and the loan contains customary representations and warranties and affirmative and negative covenants.

“We are very pleased to have completed this major refinancing that lengthens our maturity profile and provides a significant increase to the Company’s liquidity position,” noted Dick Trueblood, the Company’s Vice President and Chief Financial Officer. “OSG now has no scheduled debt maturities until September 2024. We would like to thank our existing lender Stonebriar who completed this transaction and has become our largest financial partner.”

Sam Norton, OSG’s President and CEO, commenting on the new loan facility, stated, “The series of transactions completed this week fulfill several key elements considered during the strategic review being conducted by the Company and its Board of Directors. Notably, several of OSG’s lending agreements have been consolidated under the new Term Loan Refinancing. Coordinated amendments to the remaining legacy debt agreements will result in covenant provisions being harmonized with the terms of the new facility. Looking forward through the end of 2022, available liquidity will be the principal financial compliance metric in all debt agreements. Available liquidity has been enhanced, as cash balances at the end of September were $85 million. In addition, cash required for debt service during 2022 will be reduced by approximately $10 million as compared to the requirements under our prior facilities. We believe the improving trajectory of our markets and the benefits of the completed transactions give OSG a solid platform to realize the full long-term potential of its unique and valuable operating franchise.”

Mr. Norton added, “Energy markets continue to provide evidence of strengthening demand and improving fundamentals. In line with these developments, OSG’s financial results have shown steady incremental progress as 2021 has progressed, including during the just completed third quarter. With two tankers having been activated in recent weeks and discussions with customers that indicate a likely increase in seasonal demand during the winter months ahead, we believe the recovery in our markets that we have been anticipating will become more evident as we move into the fourth quarter and new year.”