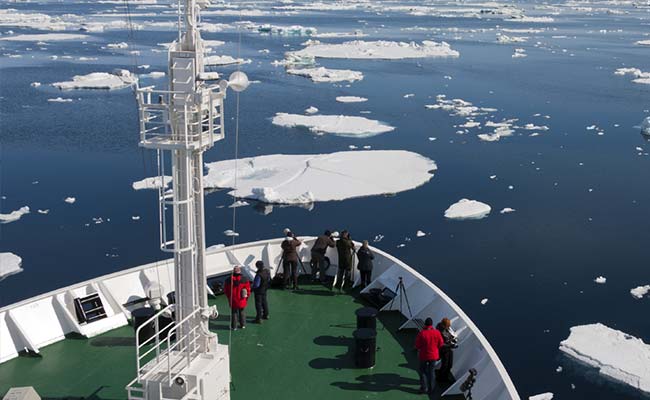 Russia plans to build its first batch of icebreakers that are powered by liquified natural gas, a top official said on Friday, returning to an idea that was put on hold.

Russia has the world’s only fleet of nuclear-powered icebreakers. It is building up that fleet, hoping to develop the Northern Sea Route across its northern flank into an international shipping lane as climate change melts the ice.

“We are now returning to this topic (building LNG-powered icebreakers). I think that by the end of the year we will decide on the possible construction of two to four medium-sized icebreakers,” Rosatom chief Alexei Likhachev told reporters.

Gas producer Novatek signed an agreement of understanding with Rosatom to develop LNG-powered icebreakers in 2018. But those plans went quiet. Novatek has several LNG projects in the Arctic.

Arktika, Russia’s newest icebreaker that was built last year, was the first of that project series. Another four are currently in development.

The Kremlin wants to increase the amount of cargo transported through the NSR to 80 million tonnes from 33 million tonnes last year by shipping hydrocarbons and other resources produced in the Arctic.