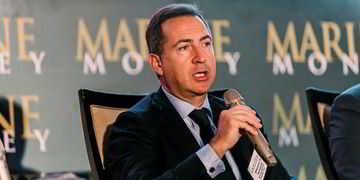 Seanergy reported that it has entered into a definitive agreement with a reputable Japanese lender to refinance the loan facilities secured by the 2012-built Capesize M/V Partnership through a sale and leaseback structure.

Pursuant to the terms of the new facility, the Vessel will be sold and chartered back on a bareboat basis for an eight-year period starting at the time of the closing, which is anticipated promptly, within March 2022.

The financing amount is $21.3 million and the applicable interest rate is SOFR + 2.90% per annum. The new interest rate is approximately 210 bps lower as compared to the blended rate of the existing senior and junior loan facilities secured currently by the Vessel. Moreover, $4.3 million of additional liquidity will be released to the Company through the refinancing.

Following the consummation of the refinancing, the Company will have no further junior debt outstanding.

Fearnley Securities AS have acted as the Company’s exclusive financial advisor for this financing offering valuable support in the origination, structuring and execution of the transaction.

“I am pleased to announce another successful refinancing for our Company, consistent with our commitment to optimize the capital structure and further reduce our financing expense. The transaction marks an important milestone for our Company, since, following consummation, there will be no legacy junior debt outstanding.

The transaction has another strategic element for Seanergy, as we have initiated a valuable relationship with a prominent lender in the Japanese market. In the last 12 months, we have strengthened our footing in the Asian ship-financing market through similar transactions in China, Taiwan and Japan.”